A Week of Thanksgiving: My Church 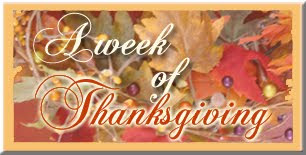 To start out my week of thanks, I thought it would be appropriate to thank my Church. I am a Christian and I have always been a part of a church community, but this church is something really special.

Vintage 21, in Dowtown Raleigh was founded several years ago in the auditorium of a Middle School with only a handful of people. I found the church through an ad in a Magazine a few months later when they had moved to downtown. I don’t know why I felt drawn there, other than to say God was leading me. I began going to a community group and soon after found myself wanting to become a member.

The thing about Vintage was that anyone could come as they are. At the time, I was really suffering from a lot of poor decisions on my part and trying to find out if I even wanted to seek God. I was able to do this at Vintage without feeling any pressure or guilt. I am so thankful for the leaders for making Vintage a supportive and inviting place for me. As followers of Jesus, the men and women who work so hard for this church have really set the bar high. I know that being a part of this church has been a huge part of what has solidified my adult decision to follow Jesus.

Years later, I met the man who would become my husband while playing in the Vintage Worship Band. The church is much larger now, and the faces I recognize are fewer. But the welcoming, non-judgmental environment for seeking the Lord is alive and well. I love my church and I am so thankful to have found a real home there!

Taste the Best of Summer and Fall with...