We don’t really celebrate Valentine’s Day around here. I mean sure, we say Happy Valentine’s Day to each other and we aren’t so much against it. It’s just not a top priority and seems a bit forced. However, the past few years we have made plans on Valentine‘s weekend for other reasons and so it just sort of works out.

At Christmas time, tickets went on sale to see Jerry Seinfeld doing stand-up comedy. Our favorite date night is dinner and a comedy show, so I knew I would be getting these tickets for my Christmas present to Jerry. What’s fun about tickets is you sort of forget about them and then weeks later, BaM! Date night.

We went to dinner locally at Sitti, which is an amazing Lebanese Restaurant. Jerry had the chicken kabobs and I went with Lamb. We even each got our OWN dessert! I won the dessert lottery with my amazing Chocolate cake and ice cream. And you know, since he was paying I decided to share a little. 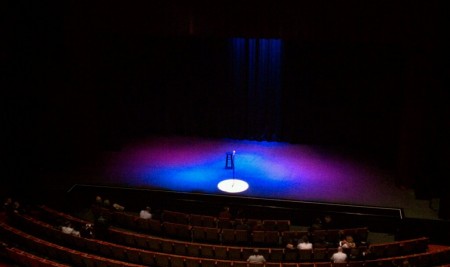 Waiting for the Show to start

We then hopped in the van and drove to Durham for part 2 of our fabulous date – Jerry Seinfeld! If you have never been to the Durham Performing Arts Center, you really need to find a reason to go. We have been on a couple of different occasions and it is just an all around classy place. Even if you sit in the balcony 😉

Of course the show was hilarious and we laughed until tears were coming out of our eyes. I just love that atmosphere! Personally, I think live comedy is far more intimate than a movie because everyone around you is participating. The vibe in the room is just fun and carefree enjoyment. And after the past couple of months we SO needed that. 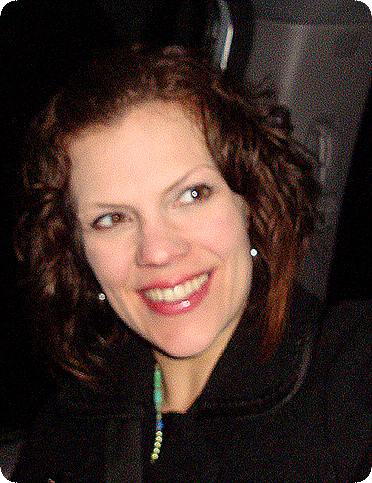 It wasn’t until I started to think about recapping our fantastic night that I realized we didn’t take any pictures together! We just had too much fun 🙂 I do have this one of me in the car looking over at Jerry. It pretty much sums it up right there. Just a happy happy night. We even left Oscar with my sister and Krusty with Jerry’s sister so we were able to come home to an empty house, crash and sleep in the next morning.

It was perfect, no matter what the holiday.

I bet it was a blast! Comedy shows really are a good time. Hubs and I saw Carlos Mencia not too long ago. It's the only time I've seen a live comic and can't wait to do it again. Thanks for the reminder. You look so beautiful and happy in the picture!

Bliss! What a wonderful evening. So glad you guys had such an awesome adventure together! And you know what? You've inspired me to plan a date night. We need it!

You're right, live comedy is awesome. Also live theater, and musicals, and ballet... and now I have a real hankering to go sit in a plush seat somewhere in the orchestra section :)

How fun! That's totally my kind of date, too. And that picture of you is gorgeous! :D

Indeed, that last photo says it all.