As someone in that first generation of internet users (you know the one with dial-up), I remember life B.I. and A.I. – before and after internet. In the early days, internet was used to connect with other people and that was pretty much it. There was no Google or Amazon.com, no Snopes to warn of scams. We had email and online honesty was the name of the game. It was awesome.

I remember using Prodigy to send 3 line messages to my best friend across town, and then later all the way from Israel. I made and met friends (IRL!) using online message boards (before we all realized half of them were probably run by lying, serial killers). It was exhilarating to see my world get smaller and I loved it. At the heart of why I use the internet even all these years later, sharing and connecting is at the core of why I still love it so much.

So it’s a new year and like most people, I love the clean slate a new year brings. I bought vitamins and meal-prepped for the week. I’m starting my days earlier and trying to stay positive. I even made a trendy timelapse with an inspirational quote. Because, like, I really mean it this time you guys.

But here’s one thing I noticed over the past few days. Y’all are getting real.

I’m lucky to be friends with a good number of online professionals. This happens when you attend conferences and make your living in similar ways. Working from home, you tend to find a tribe online. My tribe is all over the place in just about every way, but the one thing we have in common is the internet. For the most part we all work here in some way online and while we share about many aspects of our lives, we are also very good at keeping a lid on many others.

In the past week, as many of us pulled back the curtain to announce new resolutions, health plans and other action items for January, something special happened. You let us in. In sharing plans, you also shared your weaknesses. You told us you’re over-stressed, not sleeping well, inactive, lonely, imbalanced.

For some of us, myself included, these feelings have been months in the making but somehow we’re only now talking about it on January 3rd. It’s as if the more successful we became, the less free we felt to be open. The more professional our online personalities became, the less personal we got. It’s like not leaving the house without makeup. At some point during the journey, even if we got here by openly sharing our hearts, we became closed off and too anxious to really show our true selves.

Today, my feeds are full of the beautifully imperfect people I met years ago. The ones who wrote blog posts in the middle of the night when we were all still nursing babies. The ones who I have looked up to for years wondering just HOW she does it all. The ones who are killing it every single day but still need someone to say, “me too.” It’s the internet I fell in love with and I hope I don’t have to wait a whole year to see it again.

I have another post in drafts about making the most of the new year. But today, I realized that what I want most of all is more of the refreshing honesty I’ve seen in the past 48 hours. Mistakes happen and we all know it, but hearing stories from other successful people reminds me that maybe I’m not so alone after all.

You were so brave to share the why behind your resolutions. Will you stay brave with me for the year? Will you keep sharing? I’m here for it. I hope you are too. 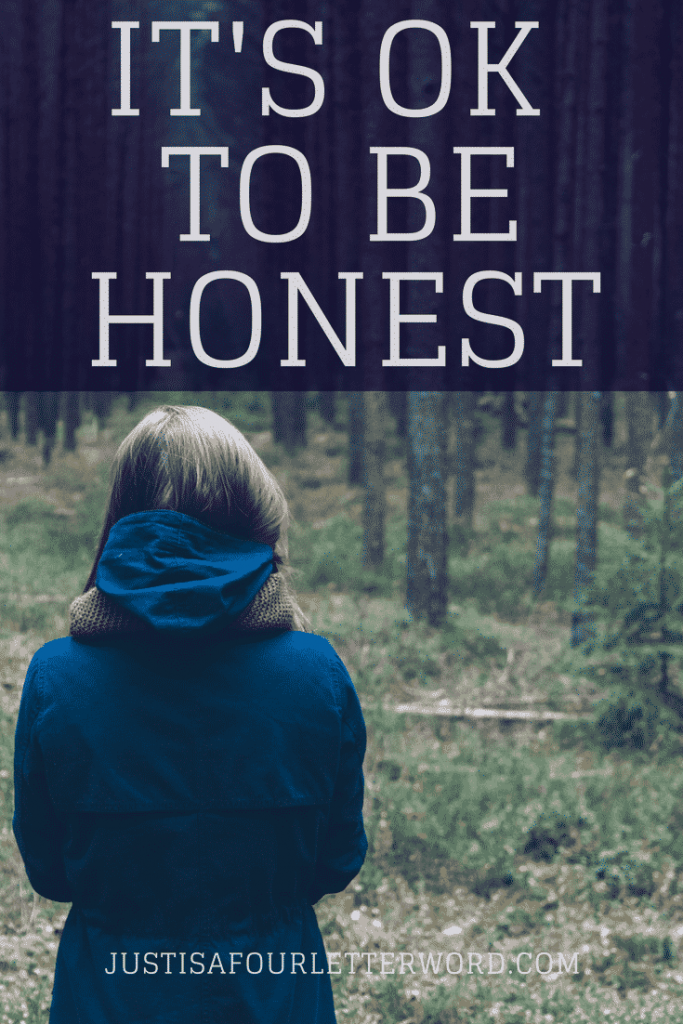 Absolutely and amen to this! While I've been blogging for a long time, I still feel like a newbie at times in the "community" and not always comfortable with sharing. But I am inspired by the honesty I'm seeing and in turn, it's making me want to share more as well. And yeah, I'm still that mom who blogs while still nursing a baby at midnight!

slow clap . . .well said my friend! Despite living online, I'm a pretty "private" person, but I like to think that I am always honest and not just showing up on the good days . . .while I may want to be besties with Chip and JoJo, if you look at my IG stories, you will see yellow formica in my kitchen . . .here's to a great 2018! xoxo

Love this and love you.