Welcome to Day2 of Week in my Life! We had a great day and I am pretty exhausted, but I will share the rundown of events and hopefully not get too boring!

My day started at 2am. No I mean 5am. No wait, it was 8am. How about all of the above? Such is the life of a breastfeeding mama. These little babies sure don’t sleep much for sleeping so much. I stumbled into the nursery to feed Calvin every 3 hours or so as per usual, with a couple extra trips to help him get settled because we are weaning him from the swaddle. 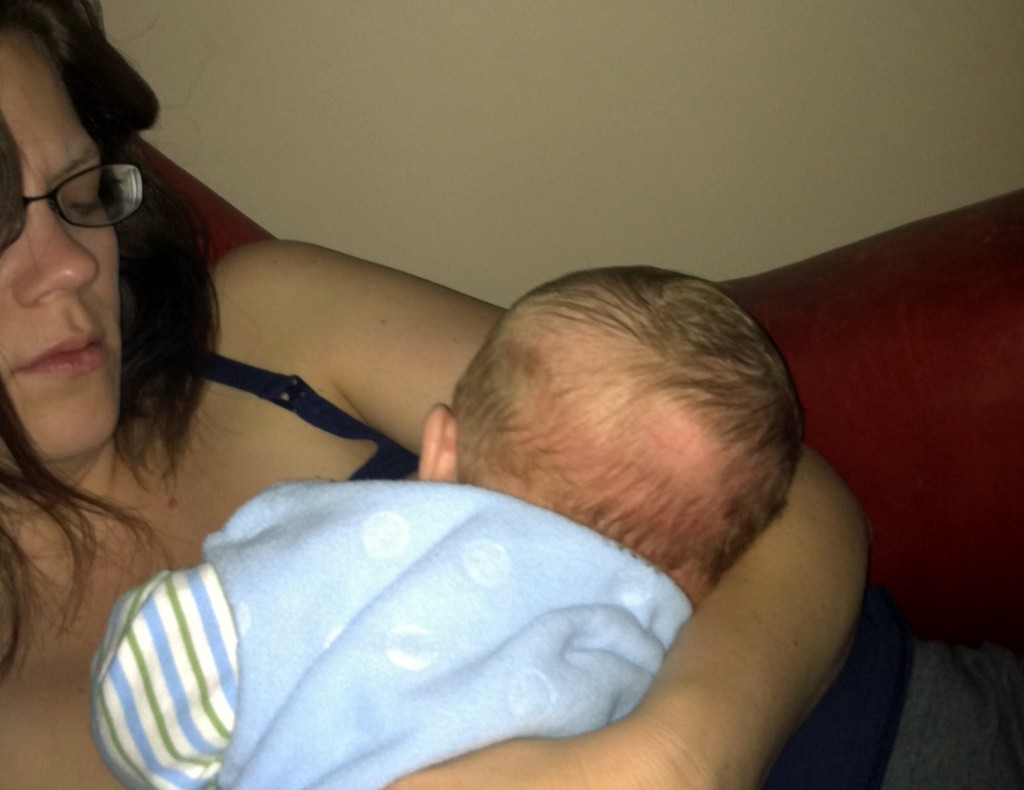 When it was finally time to get up, Jerry got up with Oscar and let me sleep for a few more minutes since Calvin was still out. When I came downstairs, Oscar had left me this lovely display. He is really into chopping his banana up into pieces these days. Go figure. 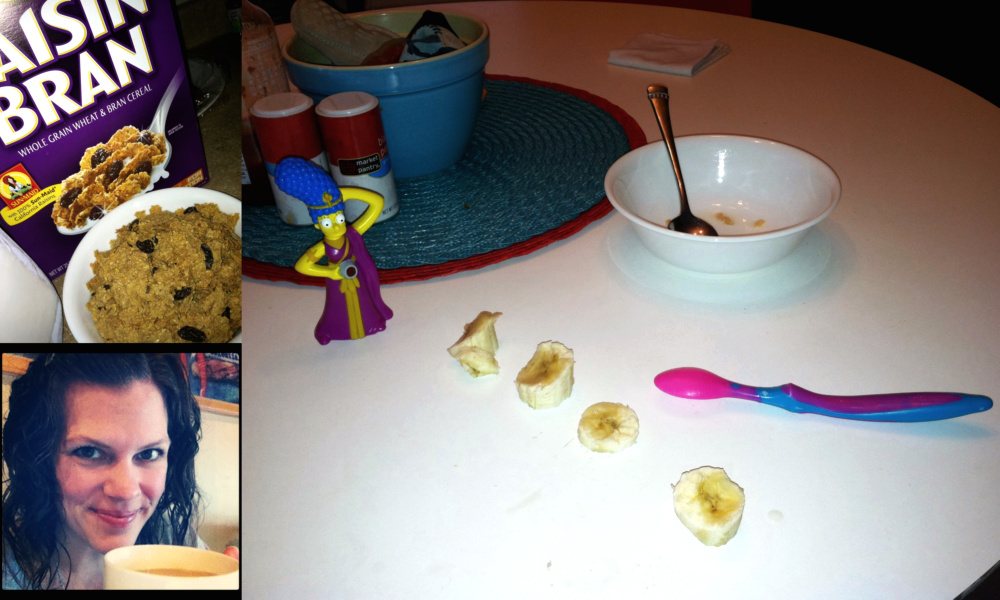 Mom came over to hang with the boys after Jerry went to work so I could get some writing done. I decided to go to Starbucks and it was so pleasant! This is the first time I have gone off to write like this and it was a lot of fun. I got things done, Oscar and Calvin had some Grammy time and I enjoyed a mug of coffee as big as my face. Win. 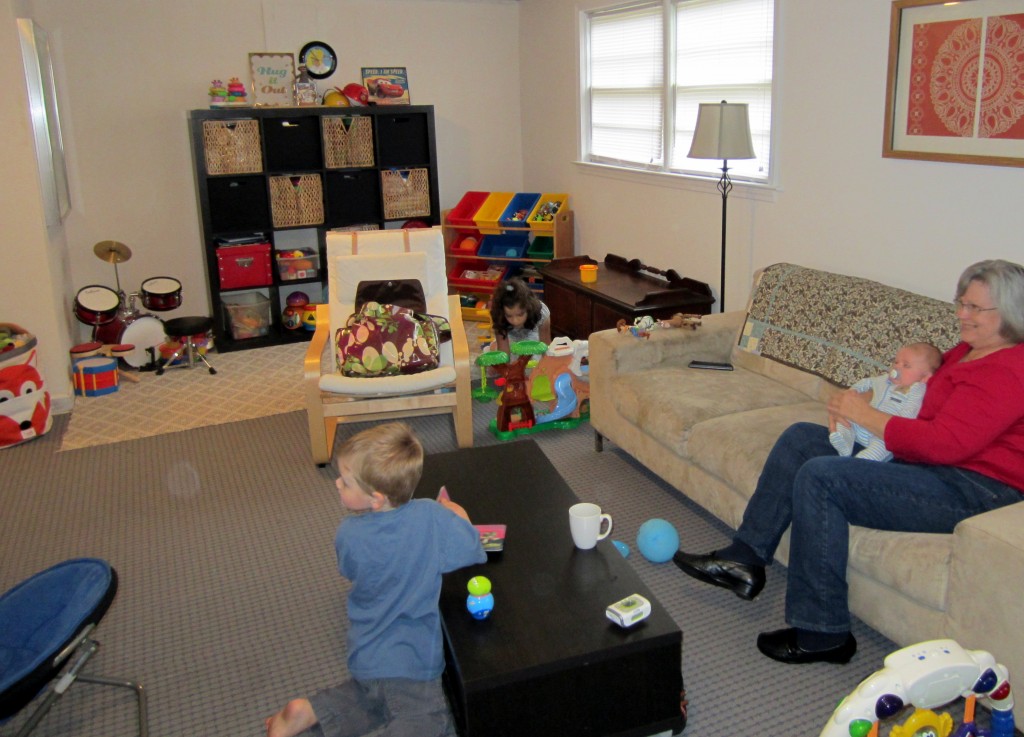 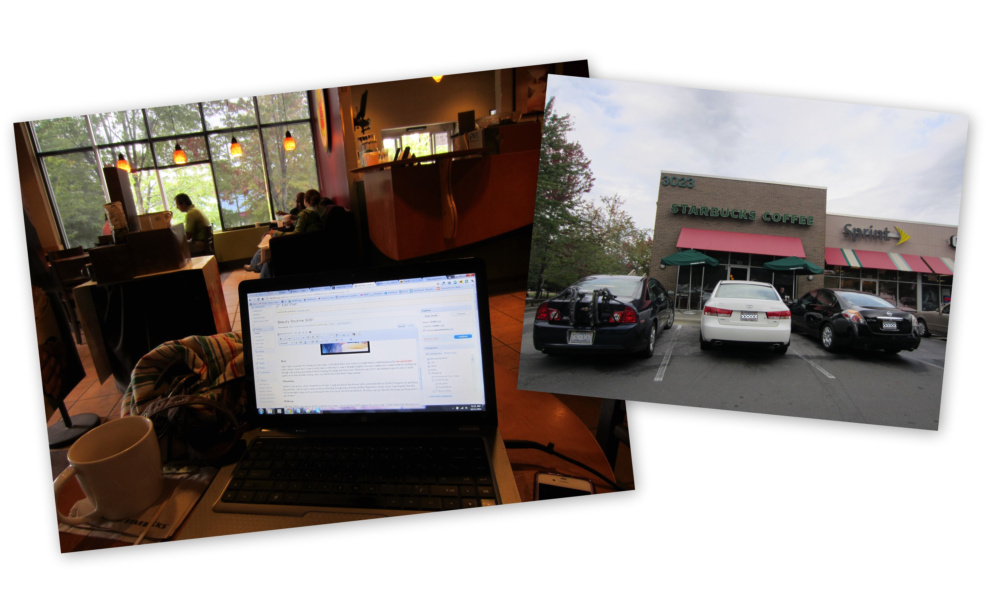 True story: I was almost all the way to Starbucks before I realized I was listening (and singing along) to The Wiggles. I laughed and took this picture at a stop light and THEN it was a few minutes later that I realized I never turned it off. 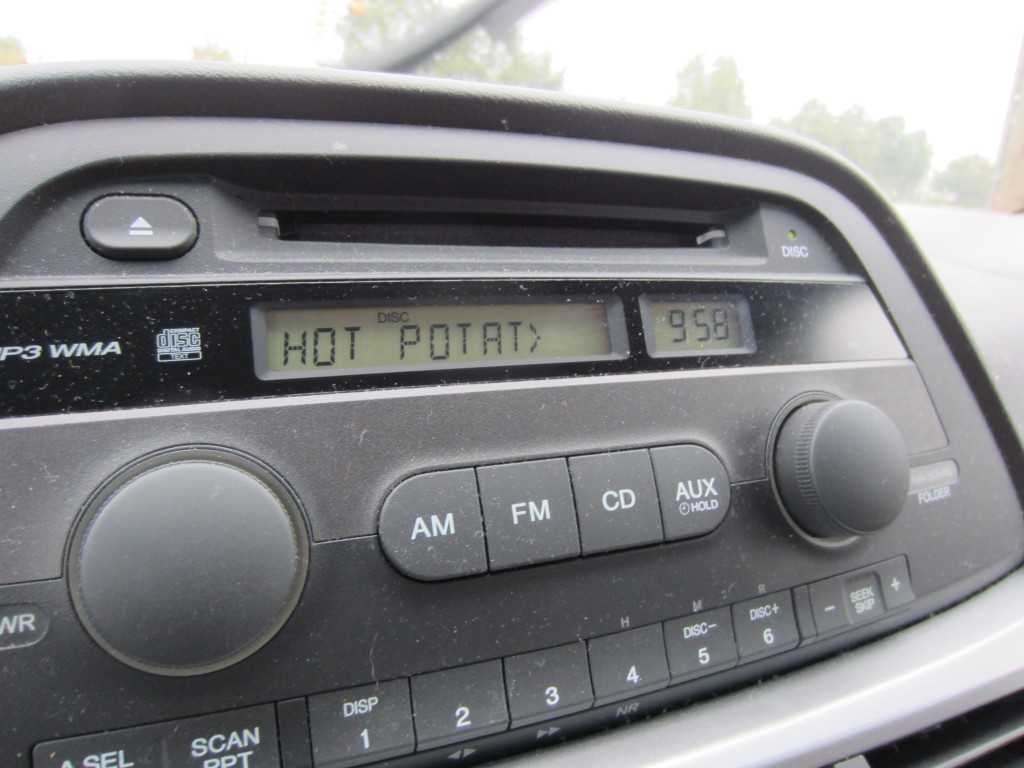 I came home totally refreshed and had lunch with Oscar while Calvin finished his nap. Then it was time for Oscar’s nap and Calvin and I hung out in the kitchen. After I nursed him, Cal watched me clean the kitchen from his rocker until it was time for another nap. I did some computer work and folded laundry while the boys were asleep, thoroughly enjoying the quiet. 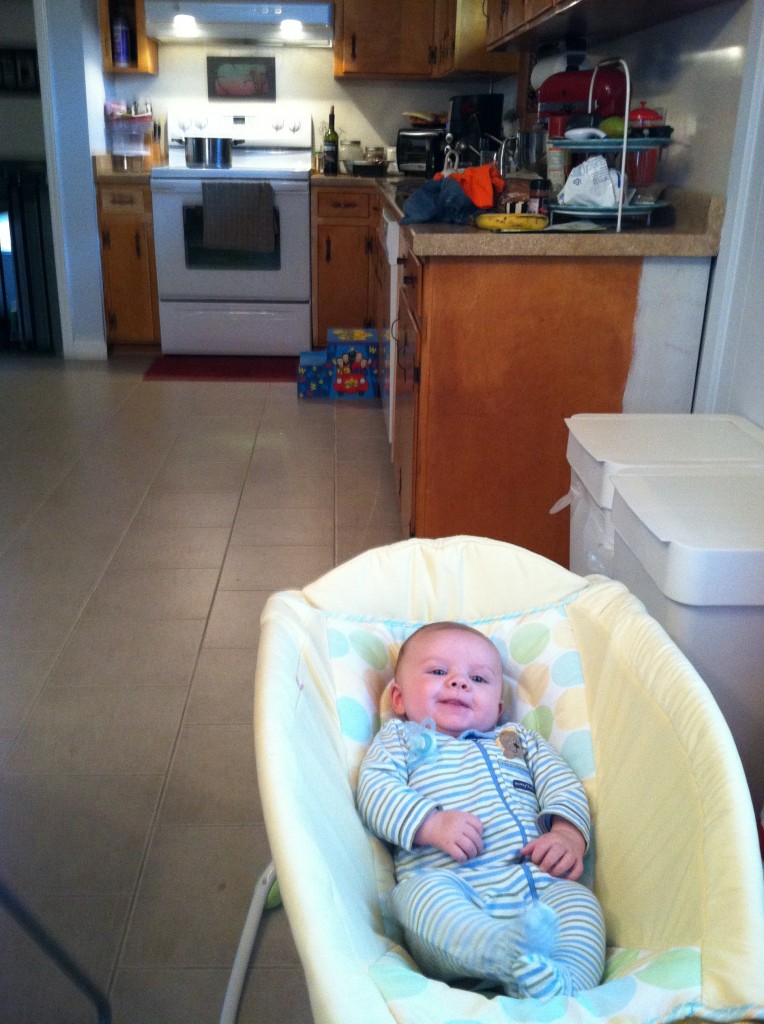 It was a wet day so we spent the afternoon in the playroom. Oscar started getting curious about my camera since I was taking so many pictures. I decided to let him try taking a few. He took this one of me and of his feet. I think he did a great job! And I love that Calvin made a guest appearance. 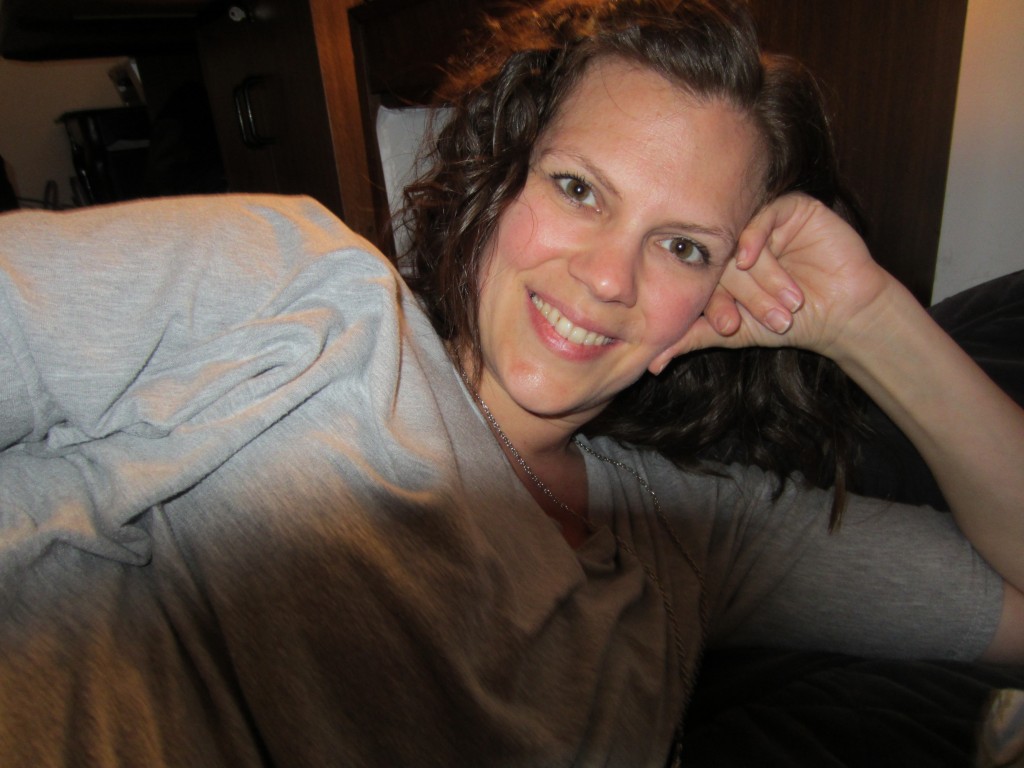 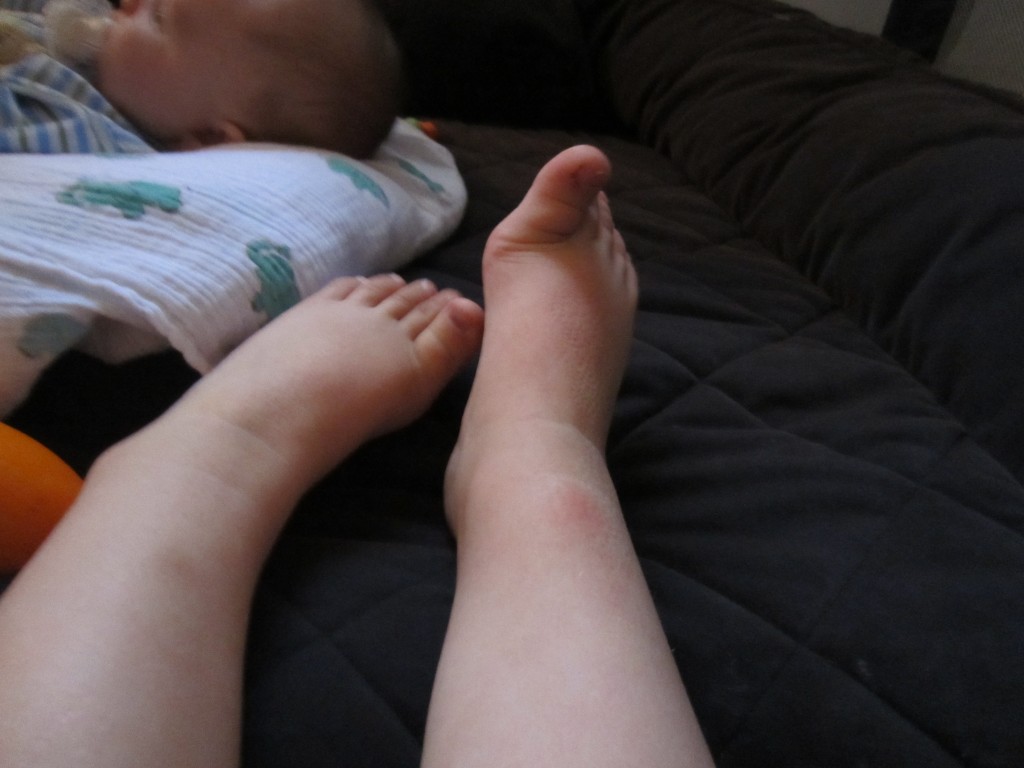 We had a light dinner of soup and potatoes for Jerry and I, and PBJ for Oscar. We were waiting for Dada to get home and Oscar saw him out the window doing yard work!(?) Yes, Jerry is the kind of guy who comes straight home, picks up a shovel and starts clearing the storm drain, even before taking off his backpack. 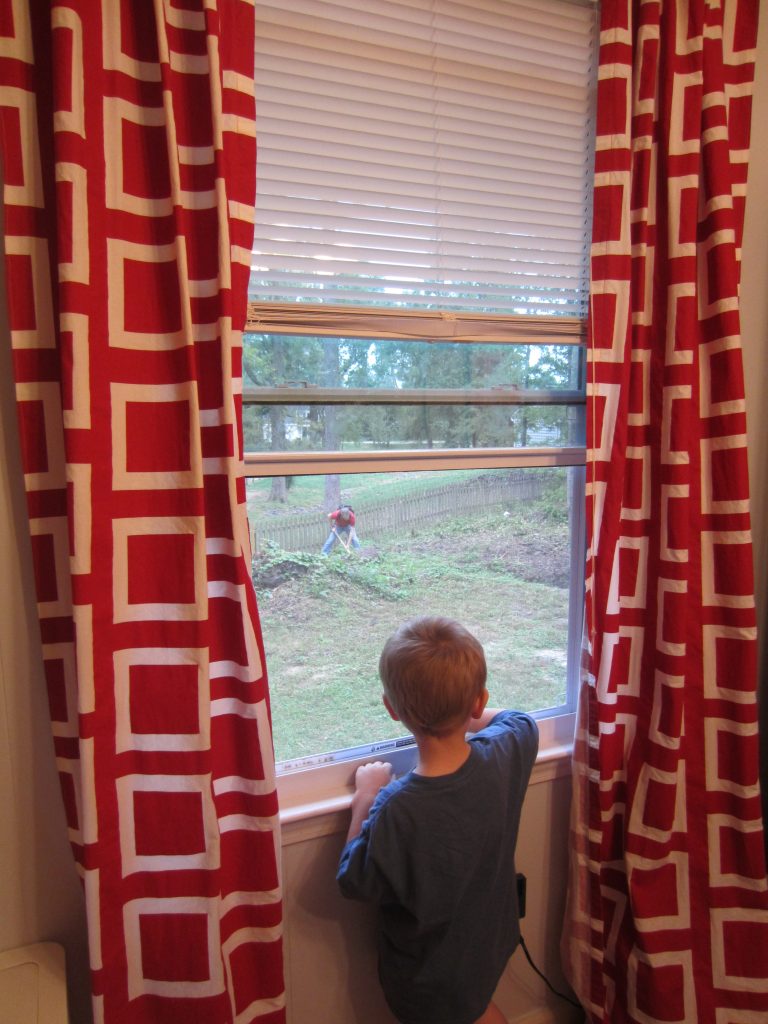 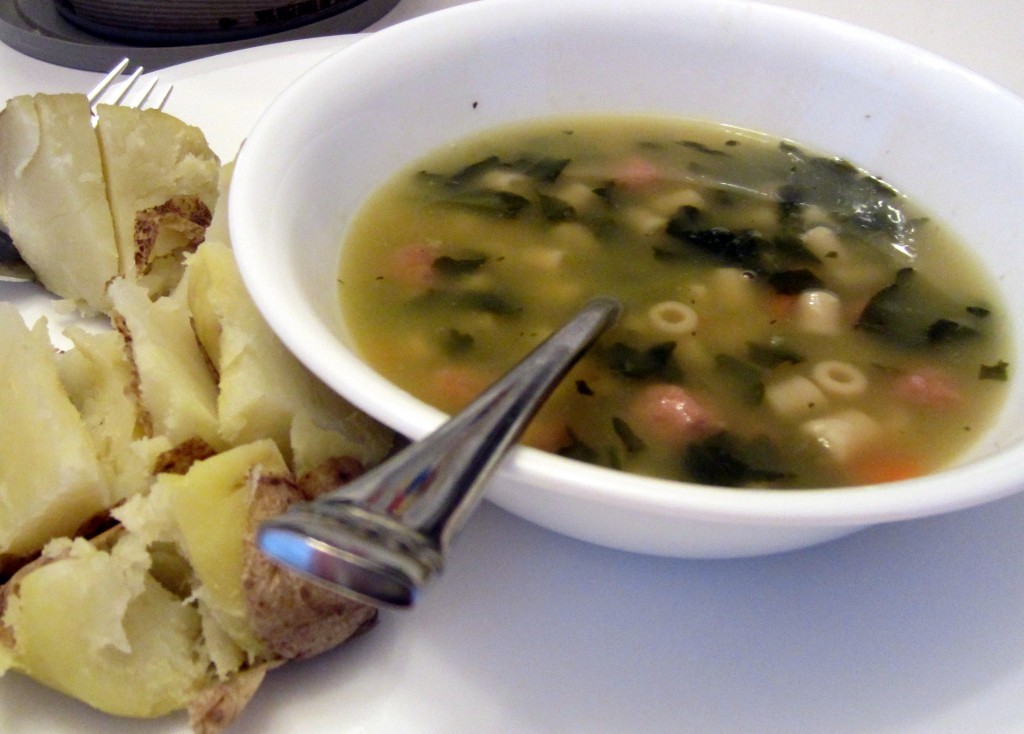 After the boys went to bed we settled in for a quiet evening. Jerry is watching Breaking Bad and I wanted to look through the days’ pictures. Somewhere around 9pm we got a sweet tooth so I ran out to the drive through for some ice cream! Yes it was the perfect ending to the day! 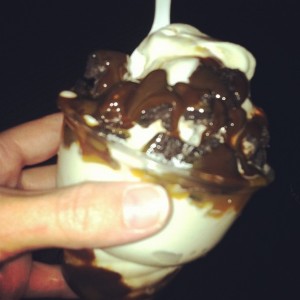 Well, I'm guilty of listening to kids music in the car... without the kids. Of course, I never really notice it until I'm ALMOST home. Ugh! Their big fav right now is the Veggie Tales CDs we got from Chick-fil-A.

Great post. I hope you can start sleeping a little more soon.

Love that you let your child experiment with the camera. He did a great job. Love the shots!!

Hey Andrea! I havent physically seen you since Blog Her '10. Wanted to comment today to let you know i Have been reading regularly but i really love this breakdown of your day. This coming from the single late twenties NYC girl- have a great day! The kids are gorgeous!

[WORDPRESS HASHCASH] The poster sent us '0 which is not a hashcash value.

I loved the ending to your day :)