Pirates and Jedis and candy, oh my! 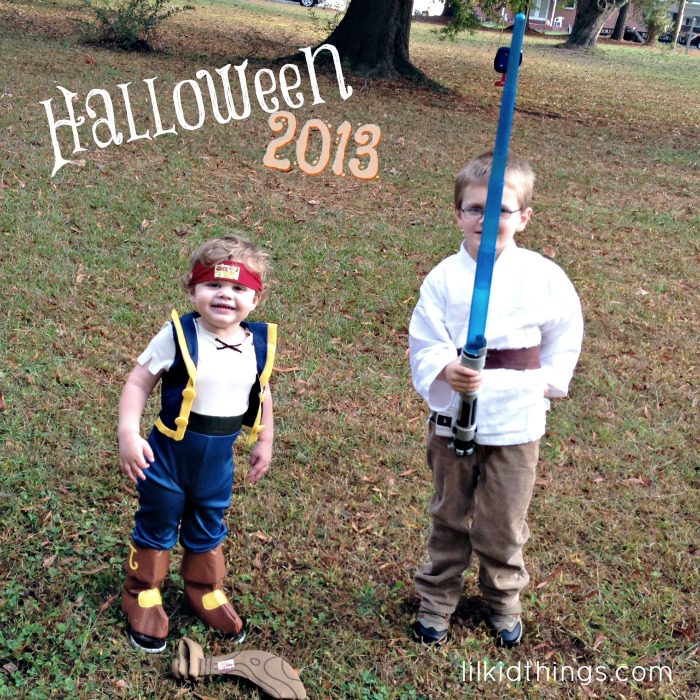 Halloween 2013 was so much fun! Our family had a great day together. We were pretty much non-stop for the whole day starting with the boys wearing their costumes to school! On a whim, I decided to dress as Mickey Mouse to pick them up and it was SO fun! Calvin loves Mickey and whenever I do my Mickey voice he gets shy like he is really talking to him. It’s so sweet.

And speaking of sweet, between their school party, trick-or-treating at Jerry’s office and roaming the neighborhood with friends that night, we have enough candy to last us all year. Seriously. It’s INSANE. Even Calvin partied like a rockstar! I am so glad we decided to keep him up. It was a blast! 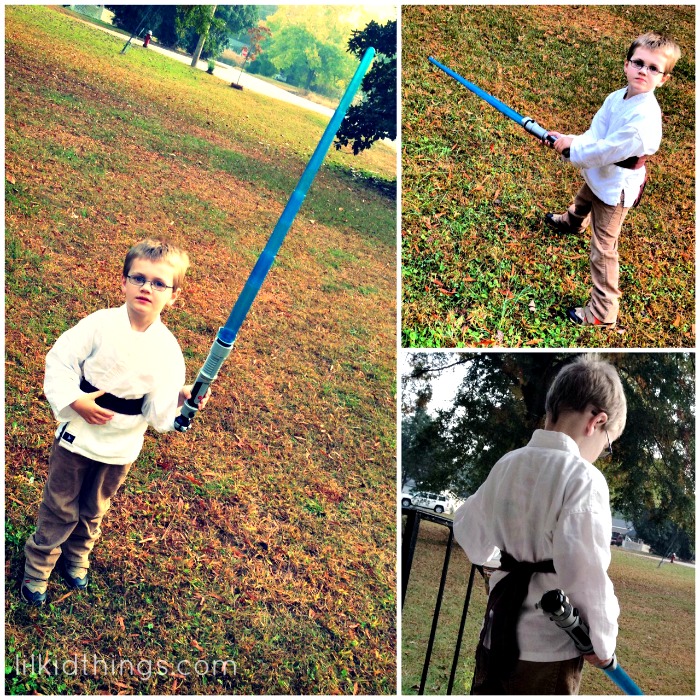 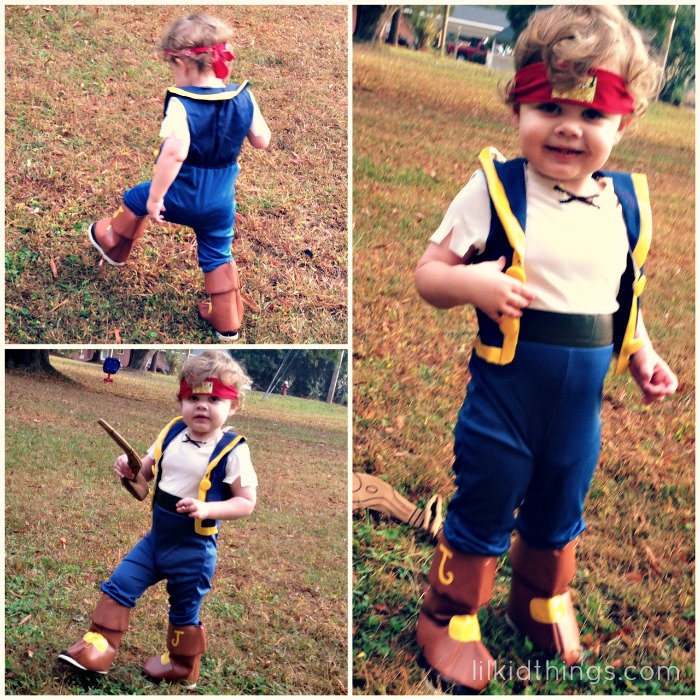 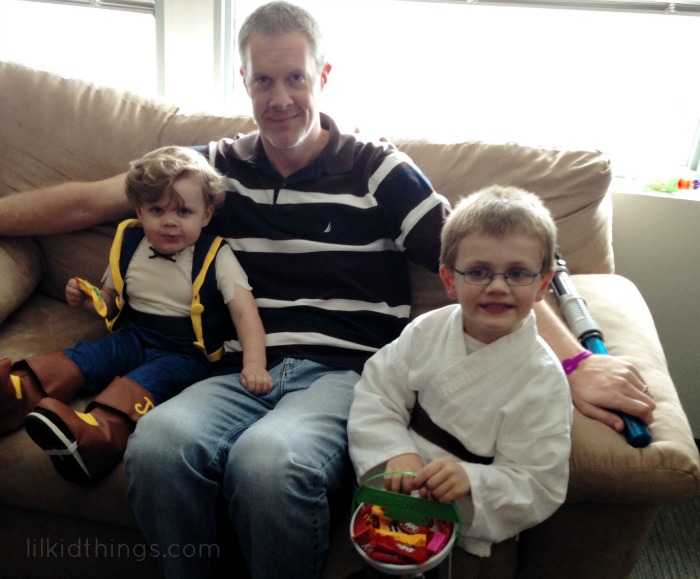 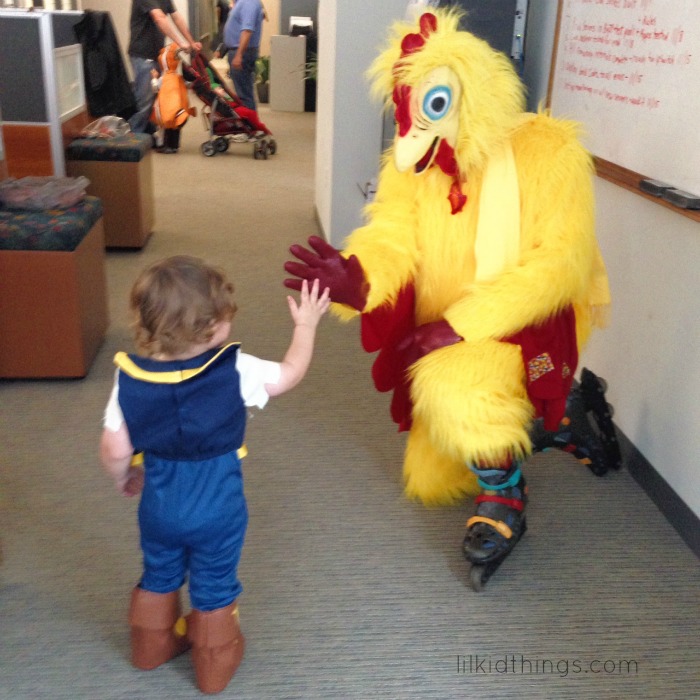 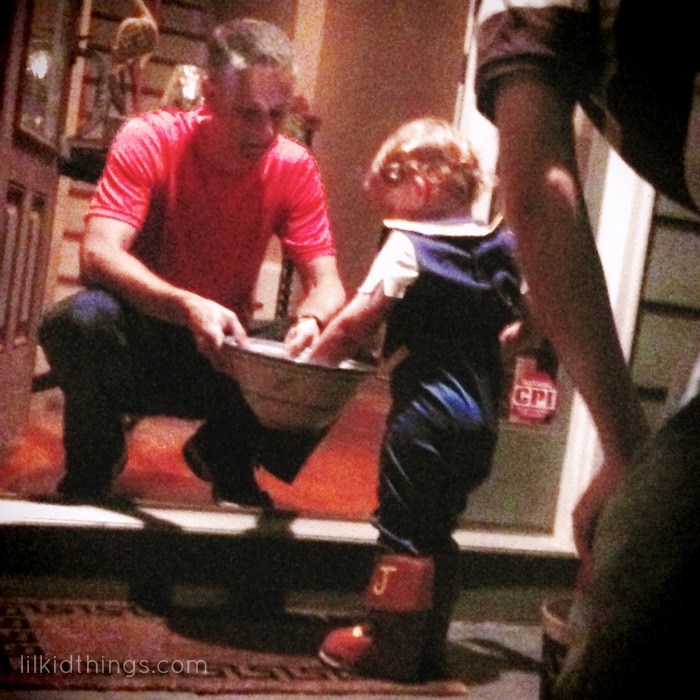 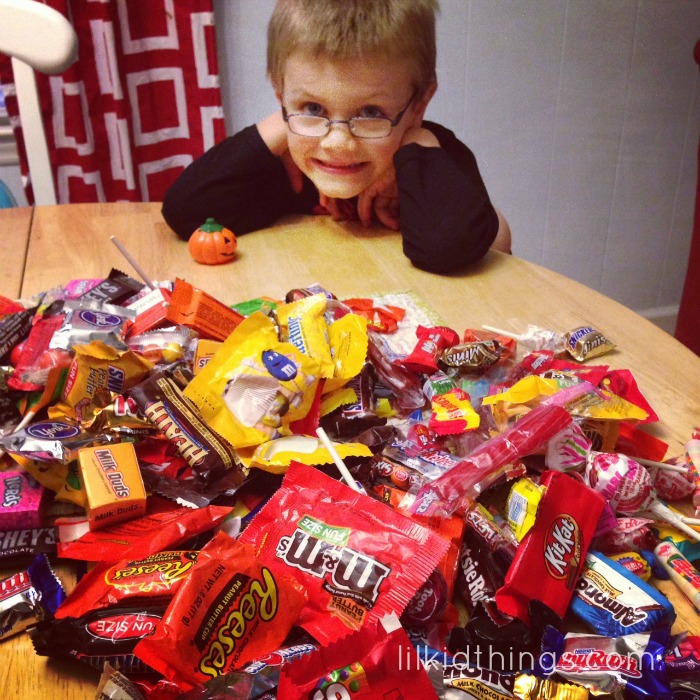 How was your Halloween?

Is Mickey’s Not-So-Scary Halloween Party too scary for...

Matching Disney Family Shirts for Your Next Disney...

Plan a Spooky Night of Fun at Disney’s...

Make your own Angry Birds costume {with bonus...