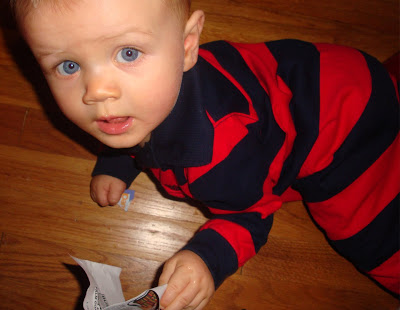 So we are coming off an insanely busy couple of weeks where either I have been out of town, Jerry was out of town or working, or on call, or one of us is at a meeting or other scheduled event. It’s been CRAZY! And honestly exhausting. You know how when you are in the middle of something, you just power through and get to the other side? Sort of like exercise. There are times when I would work out really hard and finish with a ‘sprint’ so to speak only to almost (or actually) throw up from exhaustion. I know I have seen it happen on the Biggest Loser, but I am not entirely sure that it’s healthy.

So it goes with humanity. After having endured more than 2 weeks of craziness, Jerry and I were either going to throw up or finally have a day to unwind and relax. We chose to relax! It’s hard to make that transition, but we did it. And, yesterday was wonderful!
Oscar decided that Saturday would be a good day to get up at 6:45 so we went with that. I nursed him and then Jerry got up and fed him breakfast. The boy loves to eat. Then Jerry and I just sat on the couch drinking coffee while watching Oscar crawl around and explore. Right now he goes between 4 “no zones”.
1) Dog Water
2) TV area
3) Curtains
4) Electrical Sockets
Mind you he is crawling AROUND and over all of his toys to get to these zones, which are actually at almost opposite sides of the room from each other. Ah the life of a boy. We’re still practicing how to convey that it isn’t safe for him to touch certain things without turning it into a game, scaring him, saying NO NO NO NO NO, or punishing him. At this point we pretty much just say, no that isn’t Oscar’s toy and move him back to the middle of the room. Again and again. And again.
Oscar went down for a nap and I went to the grocery store. All by myself! It was great. I love shopping in the morning and alone. When I got back we decided to try the flea market out for the second time. We went a while back but didn’t realize it was a week day because Jerry was off. OOPS. So this time we didn’t even CONSIDER the fact that they would be closed due to preparations for the State Fair. Strike two! We ended up dropping some items off at Goodwill and made our way home. All told we were in the car for about an hour and really had some fun conversation while we were driving around. WIN.
In the afternoon, I napped while Oscar napped. Yes, I did! And Jerry relaxed with sports and online poker. I mean really, what could be better? We played together after Oscar woke up and then he and Jerry went to run some errands which freed me up to vacuum the house. Oscar is still pretty freaked out by the vacuum so we try to accommodate the little prince. We had a delicious dinner and spent the evening relaxing some more! Oscar finally seems to be past this bout of teething so we all got some great sleep last night. Just what the Dr. ordered!

It’s October, do you know what that means?

The week of fun is almost here!