There are two kinds of people in this world; those who return the grocery store cart to it’s proper location and those who leave the cart wherever they want. Actually, there is a third type. This person wants to return the cart but either can’t or won’t so they do their best to get it out of the way, usually resulting in hoisting it over a curb into a nearby planter.

But that isn’t my point. My point is that every day, we are faced with choices that determine the type of people we are. These aren’t big decisions either. It’s as simple as doing the right thing when no one is looking.

One hot summer day recently, I had a choice to make. Who am I deep down? A cart-returner? Abandoner? Hoister? My son was watching and I knew I would be setting the example he may or may not remember for the rest of his life. Let me explain.

This is the story of the worst ice cream ever.

Calvin and I spent an amazing mother-son weekend as guests of the Gaylord National resort for a little summer vacation preview media weekend in National Harbor. We had a great time and as we packed up to leave on Sunday, I decided it would be fun to drive over the bridge and spend a couple hours in Washington DC before hitting the road back to Raleigh. 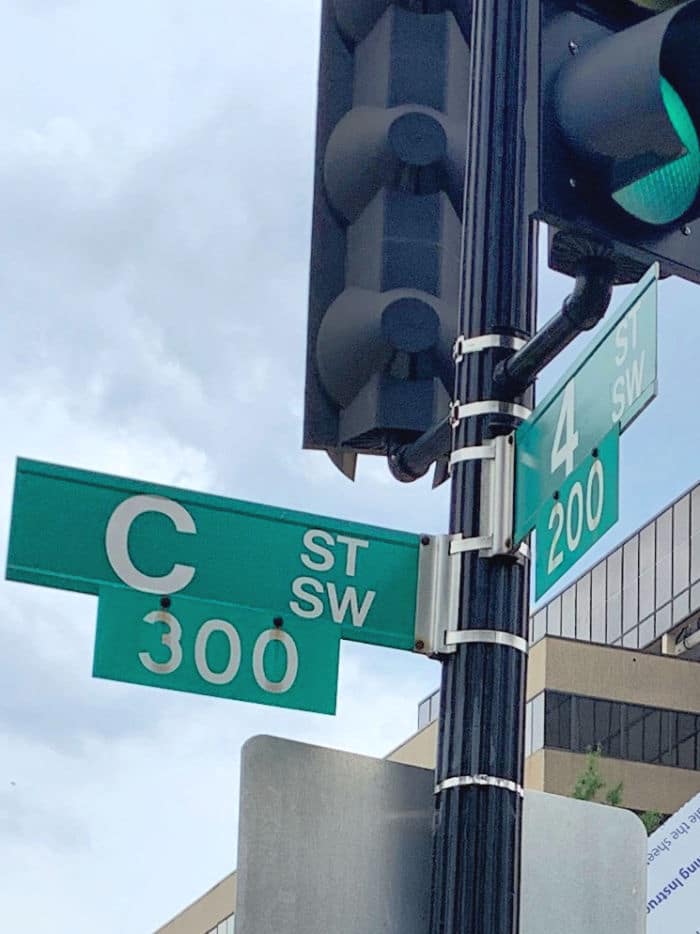 Traffic was amazing and we found a free parking spot just a couple blocks from the National Mall. Thank you Sunday.

The National Air & Space Museum was just around the corner so we meandered through for a bit, checked out the Wright Brothers airplane and a few rockets and made our way back outside to enjoy the mall. 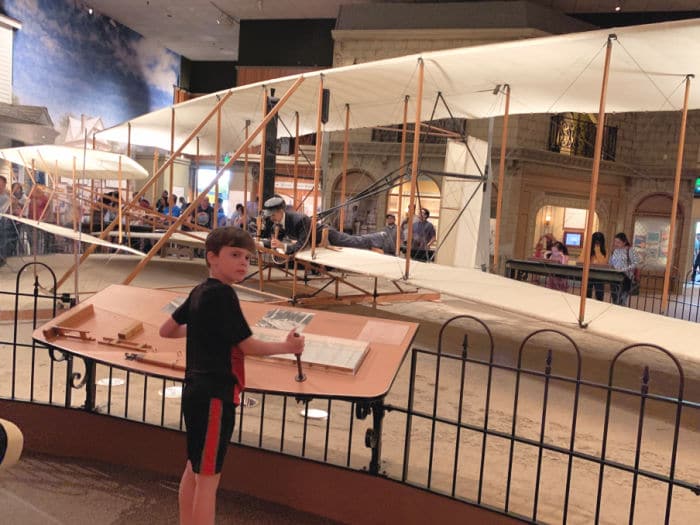 We hadn’t eaten lunch yet and I was thinking we’d grab something from a food truck, but all we could find were ice cream trucks. Since it was the end of our fun weekend I declared ice cream before lunch! We made our way to one of the trucks.

The woman handed me Calvin’s chocolate-vanilla swirl cone and I passed it to him. Then she handed me my chocolate-dipped cone and things went south immediately.

The chocolate dip was full of holes and there was ice cream pouring out of every single one. On top of that, my cone had a hole in the very bottom with a steady drip running down my hand. I tried to use the napkins to stop the deluge while using my other hand to pass my card to pay.

“Oh”, she said. “It’s cash only. My machine is broken. I should have said something.”

So we are in the middle of the National Mall, which if you are unfamiliar is basically a giant green space surrounded by government buildings, museums and food trucks. In other words, an ATM would be hard to come by.

I thought long and hard about walking away. After all, our ice cream was a disaster. Calvin and I were both covered and sticky, furiously licking as fast as we could to stop the madness. Calvin said she was awful and we should sue her. It was then that I decided we had to turn this ship around.

He admitted, I don’t even want it anymore. I agreed. 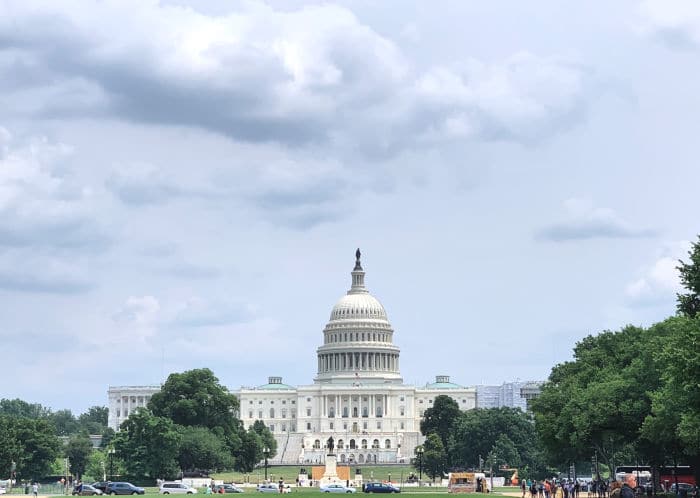 We stood in the middle of the mall with the US Capitol Building to our right and the Washington Monument to our left and had an ice cream funeral while standing over a public trash can.

I said a few words, “this really was the worst ice cream ever. May it rest in peace,” and I dropped my cone into the trash. Calvin said, “yeah, but at least it tasted good.” He dropped his cone. 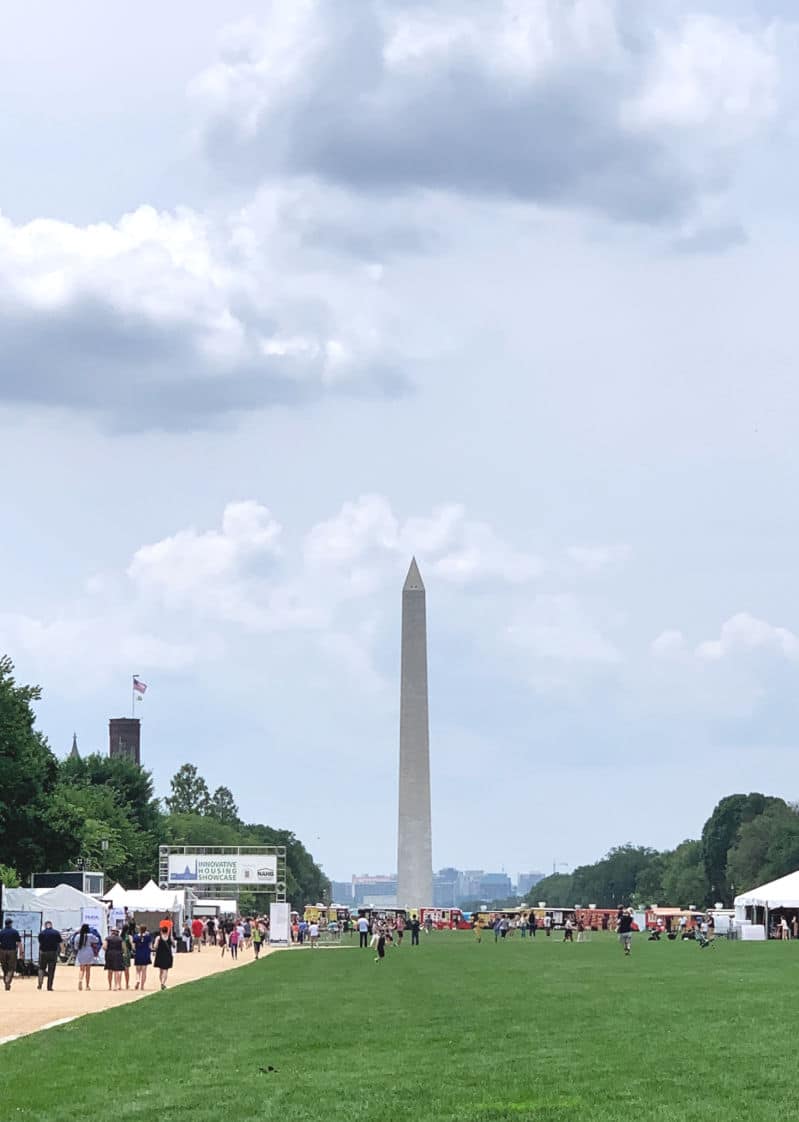 For the next ten minutes, we walked back around to the front of the Air & Space Museum, went back through security, walked to the gift shop and got cash from the ATM.

Then we walked back to the ice cream truck, took a photo for posterity and paid. The lady thanked me and apologized again. I’m sure she thought we wouldn’t come back.

For 30 minutes, every single bone in my body wanted to walk straight to the van and drive away. After all, she hadn’t told us it was cash only! The ice cream was terrible! Who would ever know?

But I knew I could never do that. Because deep-down in my bones, I’m a cart-returner. I always have been and I always will be. And I want my boys to know that just because someone makes a mistake, it isn’t an excuse for us to walk away from our responsibility. Besides, I didn’t ask if she took cards either.

After paying, we walked back to the van and stopped at McDonald’s for lunch. As we were eating, Calvin said, “hey mom, remember that time when we had the worst ice cream ever??” I replied, “oh man. That WAS the worst.”

And he said through a smile, “yeah….what a great memory.”

What a brilliant way to handle that situation.

Oh thank you! We had to turn it around somehow lol!