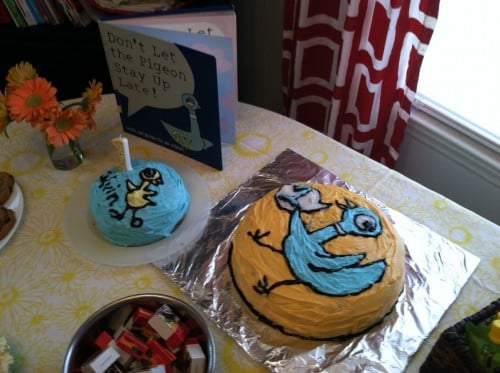 I don’t remember when we were introduced to “The Pigeon”, but whenever it happened the whole family became instant fans. We have checked out every Pigeon book we could get our hands on at the library plus a few other Mo Willems favorites. I love the illustrations and Oscar loves the interactive nature of the stories. So when I was trying to think of a theme for Calvin’s first birthday, a pigeon party seemed like the most logical choice. Even if Calvin really had no idea what is going on. 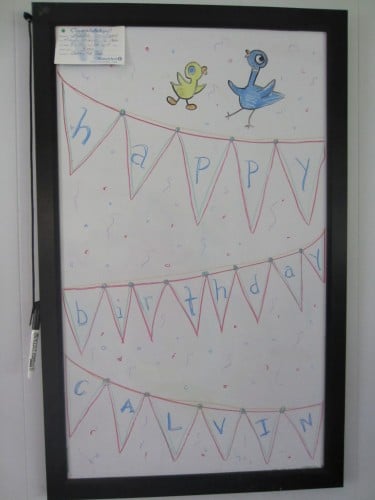 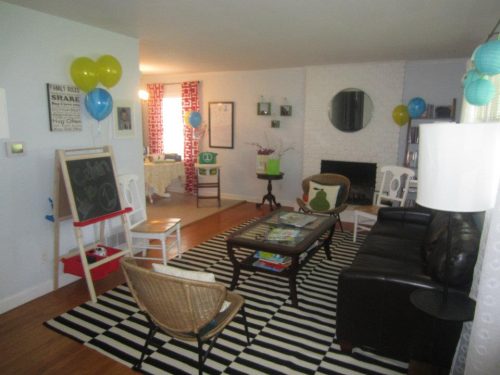 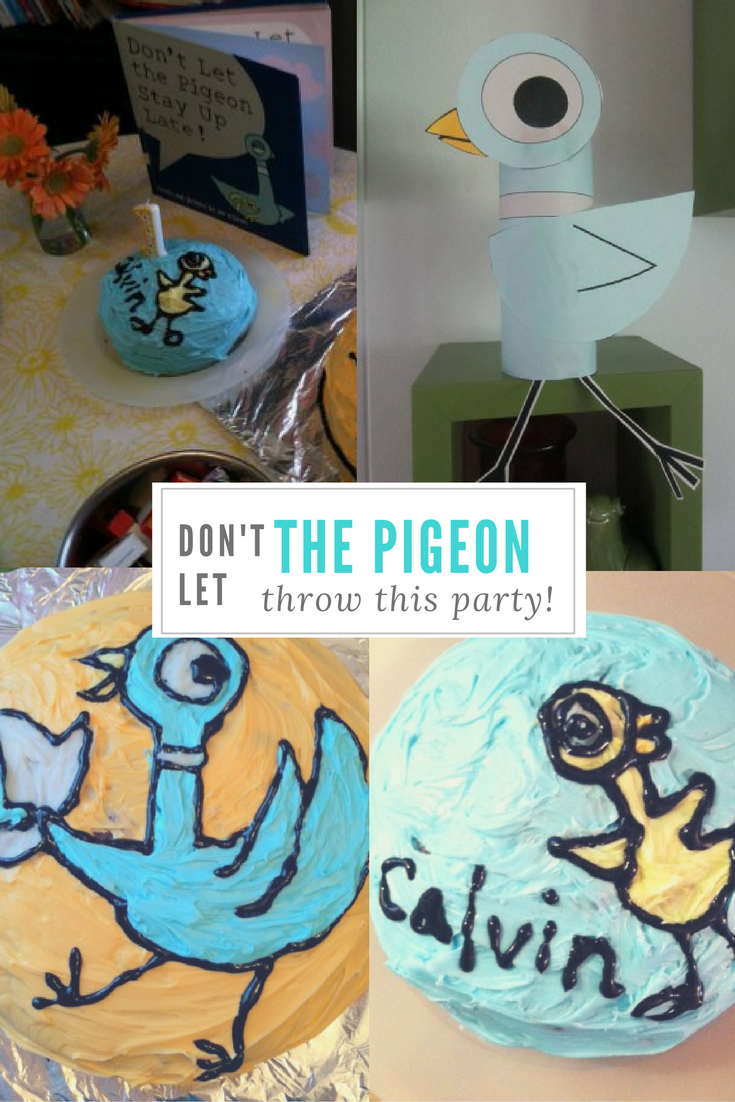 My cakes are epicly bad but I had to give Cal’s 1st cake the ol college try. I have to admit, they aren’t half bad! I spent all of Friday working on the cakes, but I am so happy with how they turned out. I made a big one for the guests and a smallish duckling cake for Calvin to destroy. Mom: 1. Frosting: 0. 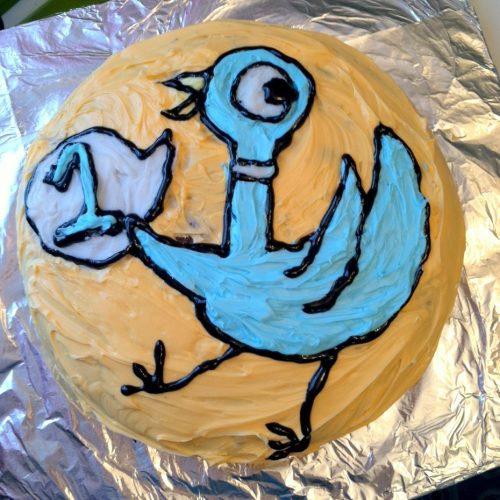 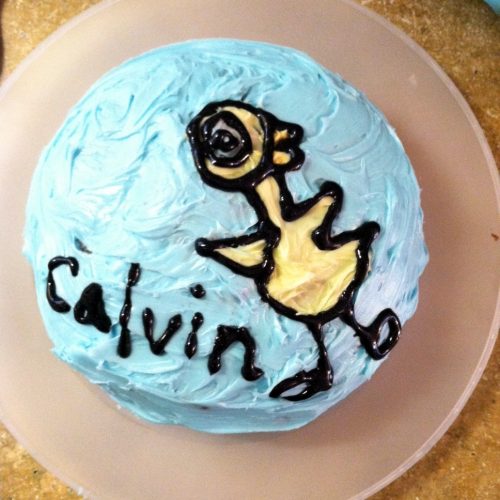 I decided to make a few other little decorations as well from some pinterest ideas I found. I made a some lantern pigeons to hang in the window and these little guys went home with our littlest guests as party favors. 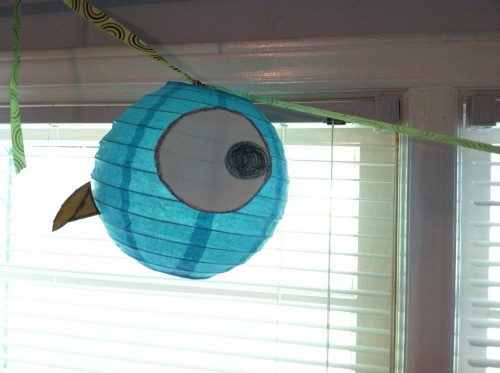 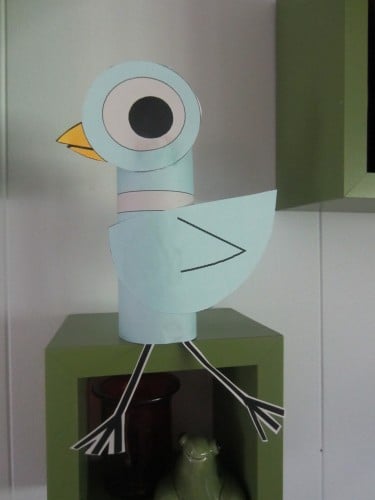 In retrospect, I should have read Don’t Let the Pigeon Drive the Bus to all the kids because it really is more fun to read with a crowd, but it totally slipped my mind. 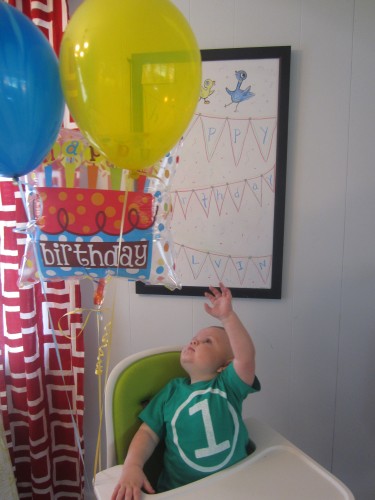 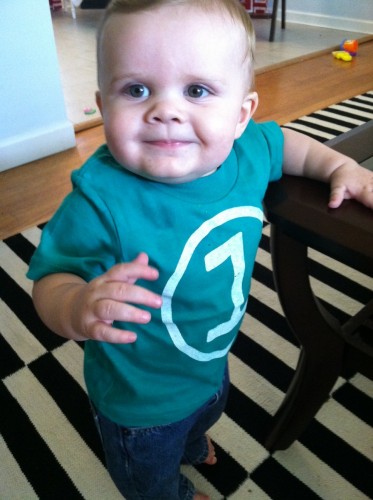 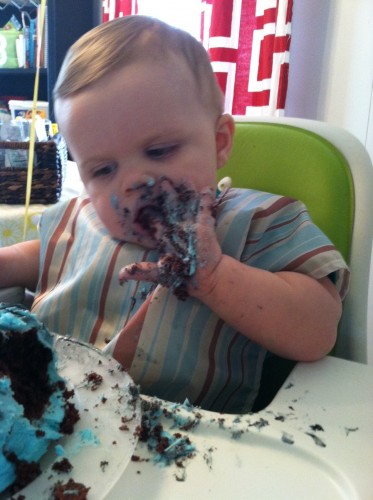 The great news is, Calvin has successfully turned ONE! He had a blast digging into his very own cake and being showered with attention. Oscar had a great time too because most of the kids were actually his age. Between his excitement and the sugar highs, this house was rockin and he is already talking about HIS birthday.

Anyone have any good themes for a 4 YEAR OLD?

What a fantastic party idea! Your cakes are fantastic. I struggled just doing simple alien cupcakes for Dylan's space party 2 weeks ago. :)

And apparently I love the word "fantastic" ... :P

What an adorable party idea. Absolutely perfect. You did a great job on the cakes, well done.

Love this! What a great idea for a party. And you totally rocked those cakes.

Your cake and decorations are totally adorable!

Looks awesome! Sorry I wasn't able to come but Joe and the boys said they had fun and the decorations were spectacular.