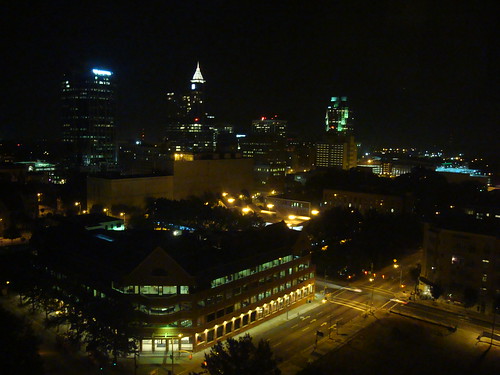 This week, we have had Oscar’s Mimi in town (aka Jerry’s mom). I have been slack in the blogging area because with more activity and conversation in my daily life, my mind becomes incapable of retaining thoughts. Much less thoughts that are worth writing about. That said, we are having a great time! Jerry took off work Monday, Tuesday and today and we’ve been enjoying our little stay-cation. Oscar loves his Mimi and has really gotten over his shyness with her. We decided that if anyone wants to get in Oscar’s good graces, all you have to do is camp out at our place for 3 days or more. Golden.

Yesterday was our 2 year anniversary. Because Mimi is here, we decided to leave Oscar overnight for the very first time! Initially, we were pretty nervous about it. And by we I mean *I* was worried. What mother wouldn’t be? All the what ifs floating around in my sleep deprived head were enough to drive anyone crazy. But after having a few days to see Mimi and Oscar interact, I was completely at peace. When the time came to leave the house, I knew Oscar would have a great time and we would too! Before I go on, thanks Mimi!!!

We didn’t go far. Jerry and I decided to stay in a hotel downtown so we would be close enough if we were needed but far enough to not wake up in the middle of the night

. We also wanted to stay in town because with a baby, it’s much more difficult to enjoy the nightlife and we wanted to chill in our city. What’s funny is that the first place we went was Sam’s Club! Jerry has had a membership for a while but we haven’t had the chance to go together in forever to get me added to his account. So we did that. Jumbo TP here I come! We had too much fun walking around and “buying” computers, TVs, coffee makers, giant gorillas and other various items in our heads. We spent thousands of dollars in about an hour. Of course what we actually left with were a few clothing items and ibuprofen. Sam’s Club is one of the few places that Jerry not only tolerates, but actually enjoys. It’s always fun to see him shop there. 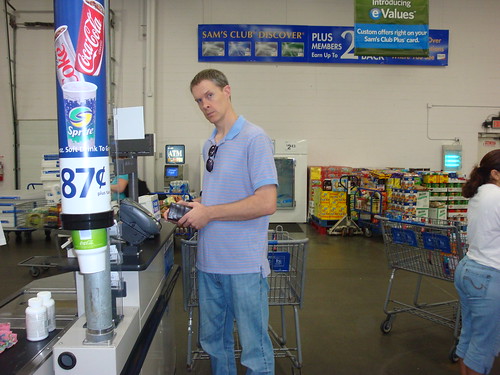 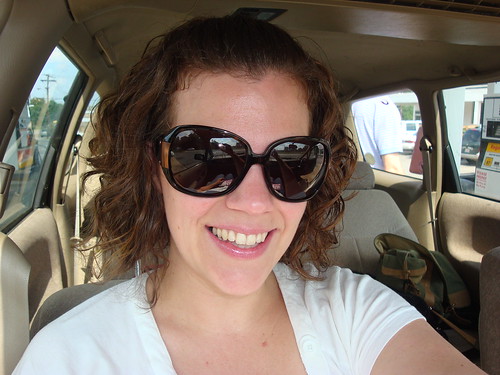 We made our way to the hotel and got checked in and all cleaned up for dinner. We had reservations for Sono, which is an amazing Sushi place for those that don’t live in Raleigh. We LOVE sushi and it seems like every chance we get to have a night out, it is spent at Sono. But we don’t mind! It’s Raleigh Restaurant week too so they had some specials which worked out nicely. We each had an appetizer, 2 rolls, and dessert! SO delicious! If you decide to go, I HIGHLY recommend the Piano Roll. You can thank me later. 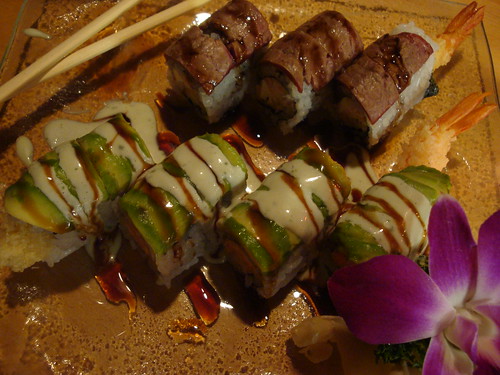 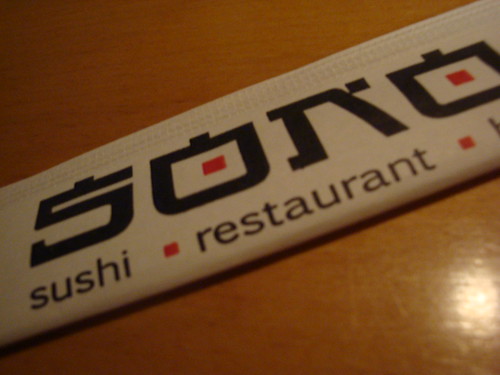 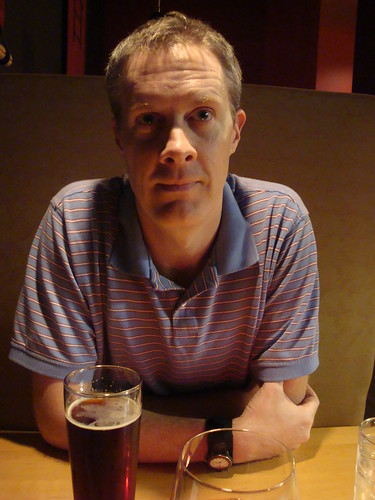 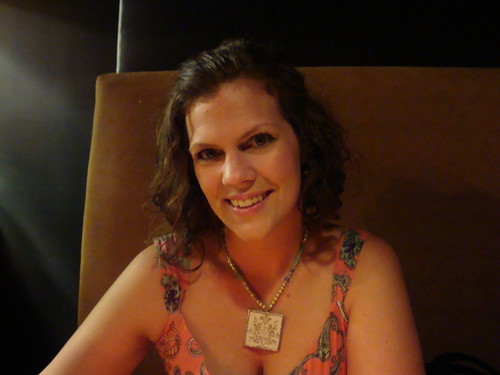 After dinner, we went to the Busy Bee Cafe to see our friend Martha who was in town for the evening. It just so happened that we were right around the corner so it worked out great! We miss Martha and Sam. Always. The end.

We had a great time there for a while and decided that we would take the R-Line bus back to our hotel. Those buses are NICE! I hadn’t had the chance to ride one yet, but it was great. And FREE! The A/C was kickin and it was the perfect way to end our evening. We stopped into the top floor of our hotel to check out the bar but they closed at 10pm. Boo! We didn’t know that but it wasn’t a big deal. Our room was on the 19th floor so we still had an awesome view of our little city! This morning we had breakfast outside at The Morning Times and it was delightful. I am so glad we decided to stay in Raleigh. Just walking around made us appreciate living here. It’s not that we couldn’t do these things WITH Oscar, we just had a really great time on our 24 hour date

Happy Anniversary to us! 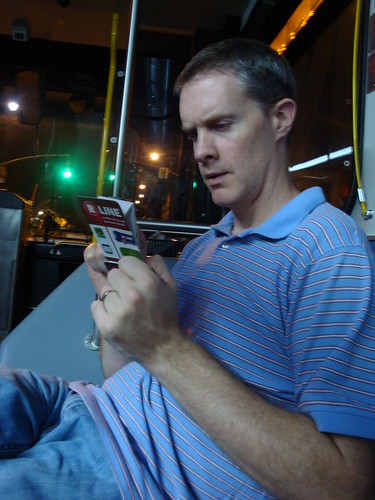 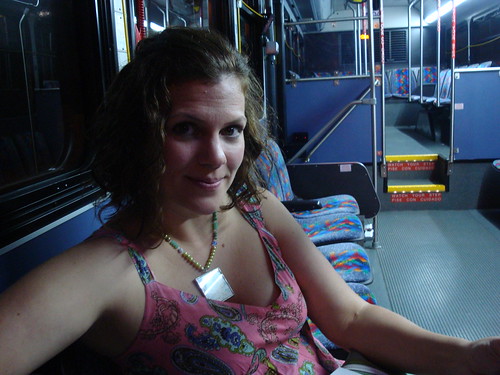 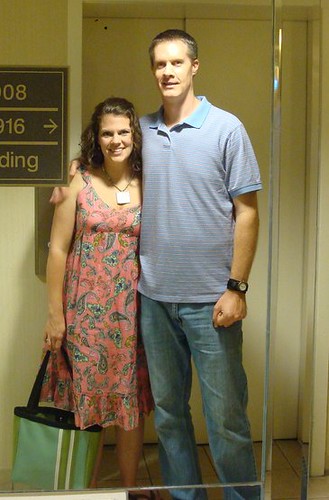 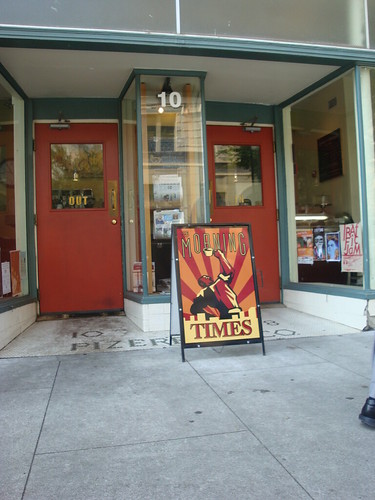 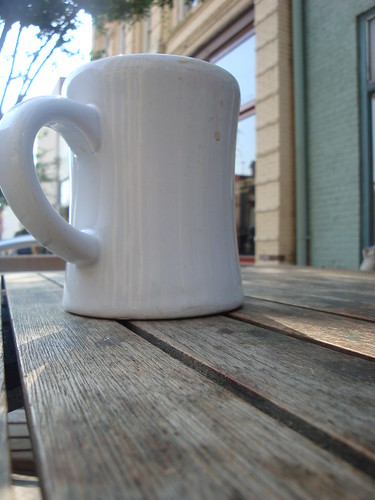 And of course Oscar and Mimi did great! He slept well and played and ate all his meals like a pro. This morning we got a picture text of him playing on the floor happy as can be. I am so glad it went well! What else would you expect from a 7 MONTH OLD??? First overnight, check! Where should we go next???

Sono is the BEST, end. of. story.! I love a crunchy diablo and the rainbow roll! ima have to hit up the piano role.

Congratulations on your anniversary and the first night away for both of you at once!