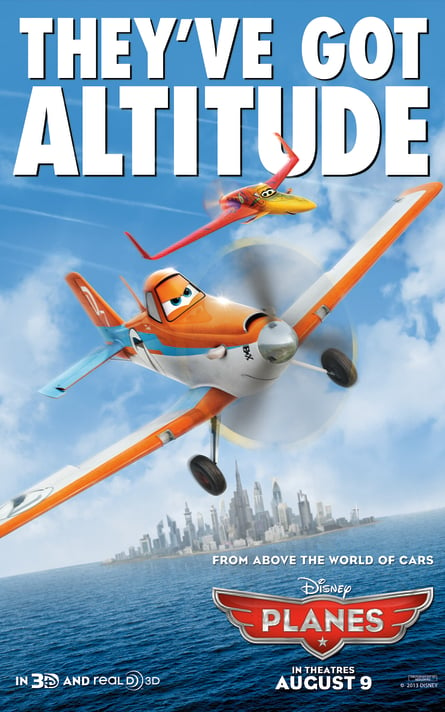 This week, Oscar and I had a little date night. We met some friends for dinner and then headed over to a special screening of the new Disney Movie, Planes

in 3D. Lately it seems like the new movies have been geared toward older children and while they were well-done, I just didn’t think they were all that appropriate for my 4 year old. From the trailers we saw ahead of time, I had high hopes for Disney’s Planes and I am here to tell you, we were not disappointed! 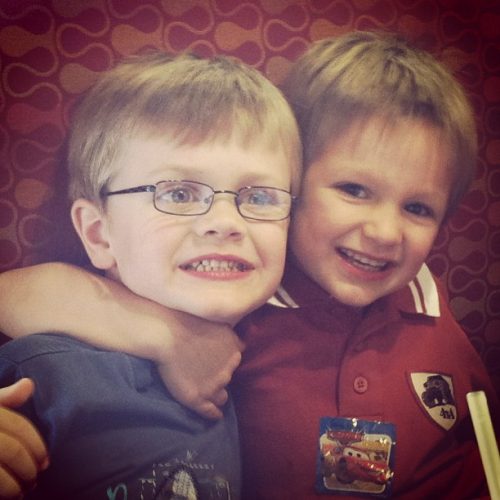 Oscar and Jude could barely contain their excitement during dinner! Hanging out with your friend AND seeing the coolest new movie? Score!

From start to finish, Planes was colorful, action-packed, and enjoyable for both me and my four year old. Planes definitely seemed to be geared toward the younger audience and even though there weren’t as many adult-friendly jokes compared to other films, I found it completely refreshing! The movie is rated PG but there are only two scenes that struck me as even a little bit questionable. I’ll briefly describe the scenes so you can decide if they would be too much for your child. My descriptions do have some spoilers so if you don’t want those, skip the section marked spoilers.

From above the world of “Cars

” comes “Disney’s Planes,” an action-packed 3D animated comedy adventure featuring Dusty (voice of Dane Cook), a plane with dreams of competing as a high-flying air racer. But Dusty’s not exactly built for racing—and he happens to be afraid of heights. So he turns to a seasoned naval aviator who helps Dusty qualify to take on the defending champ of the race circuit. Dusty’s courage is put to the ultimate test as he aims to reach heights he never dreamed possible, giving a spellbound world the inspiration to soar.

Other than those two scenes, I didn’t feel anything else would be offensive or rocky territory. There is some mild bathroom humor (cropdusting anyone?) and a nod to romance. But overall, this movie was simply fun and it moved along quickly enough to keep those with short attention spans happily entertained. And as a recent For Dummies Author

, I laughed out loud at a very well placed For Dummies book at the beginning of the movie.

That said, Planes is quite loud and the flying scenes are fast (and fun!). Oscar is sensitive to noise and when we discovered that about a year ago, we purchased these Peltor earmuffs

and he has been able to enjoy movies, events and theme parks with no issues ever since! I highly recommend them to anyone who thinks noise might be an issue. Money well spent.

We saw Planes in 3D and this is the first time Oscar really enjoyed 3D. He was thrilled with being able to reach out and “touch” the planes and I have to say, seeing his excitement was probably the best part of the whole night for me. However, even though he liked the 3D effects for about the first half of the movie, he refused the glasses for the second half, which meant it was really blurry for him. If you think your child won’t keep the glasses on, save yourself the extra $2 and see the regular version.

Moral of the Story

I don’t necessarily think every movie has to have a moral or a happy ending, but I was really pleased with the message Planes was able to get across throughout the story. Unlike Cars, where Lightning McQueen is a bit of a hothead who learns his lesson, Dusty Crophopper

is a genuinely good guy. It is his commitment to friendship that saves the day when he needs help.

He helps other planes (even his competitors) and maintains his good character throughout the movie despite being made fun of by the main “bad guy”, Ripslinger.

And speaking of Ripslinger, his main fault is being greedy and selfish and wanting to win no matter the cost. He pulls a few dirty tricks to try and win but in terms of a Disney villian, he is about as mild as they come.

So now that we know how much we loved Planes, I know there will be an onslaught of requests for toys and other types of paraphernalia coming from my boys. In fact, Oscar has already requested a game for the iPad, ALL the toys, book

and of course, a copy of the movie for home. Yes, all that marketing works on four year olds. But I have good news if you aren’t up for dropping loads of cash on STUFF. 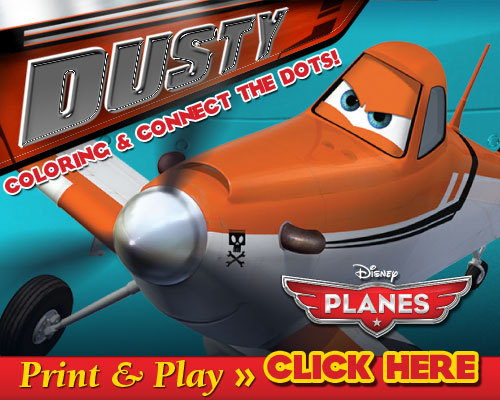 Disney has created some really cute printables for free that have the Planes characters to color, connect the dots and even create your own character paper planes to play with! Totally fun and free for those kiddos who can’t get enough. 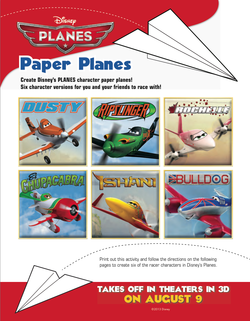 Get the Planes storybook app free with book purchase.

Another great tip is one I learned from my blogging cohort and fellow boy mom, Tina Setzinger over at BabyCenter. She recently reviewed the Planes Storybook app for iPad and mentioned if you buy the read-along book, you will get a gift code to get the app (normally $6.99) for free! That’s a pretty sweet deal if you ask me.

I am happy to answer any questions about the movie so feel free to ask in the comments and we can talk it out!

Have you seen this movie? I’d love to hear what you think!

Disclosure: I was provided two complimentary tickets to facilitate this review. All opinions are my own. Digital media courtesy of Disney. For personal use only. Thanks for reading!

I am actually refreshed to read your review! I love your perspective as a mom with young kids. As a mom with older kids (who still LOVE Disney movies, by the way) we found it a little lacking, but I totally agree with your points about the scariness factor and the good moral (and great characters). Great review!

I can totally see that coming from a parent of older kids. I think I am just gushing because it feels like forEVER since a really great movie was made with the littles in mind. I was just so pleased! Thank you for reading and adding your thoughts!