Electric Disney+ original. Great music, fun storyline and all the jokes, I’m hooked on High School Musical: The Musical: The Series and you will be too.

If you were to ask me what to watch on day one of Disney+, I would tell you two things. High school Musical: The Musical: The Series, and The World According to Jeff Goldblum.

I’ve already talked about the latter, so in this post let’s focus on High school Musical: The Musical: The Series. Because, ya’ll, I am hooked! 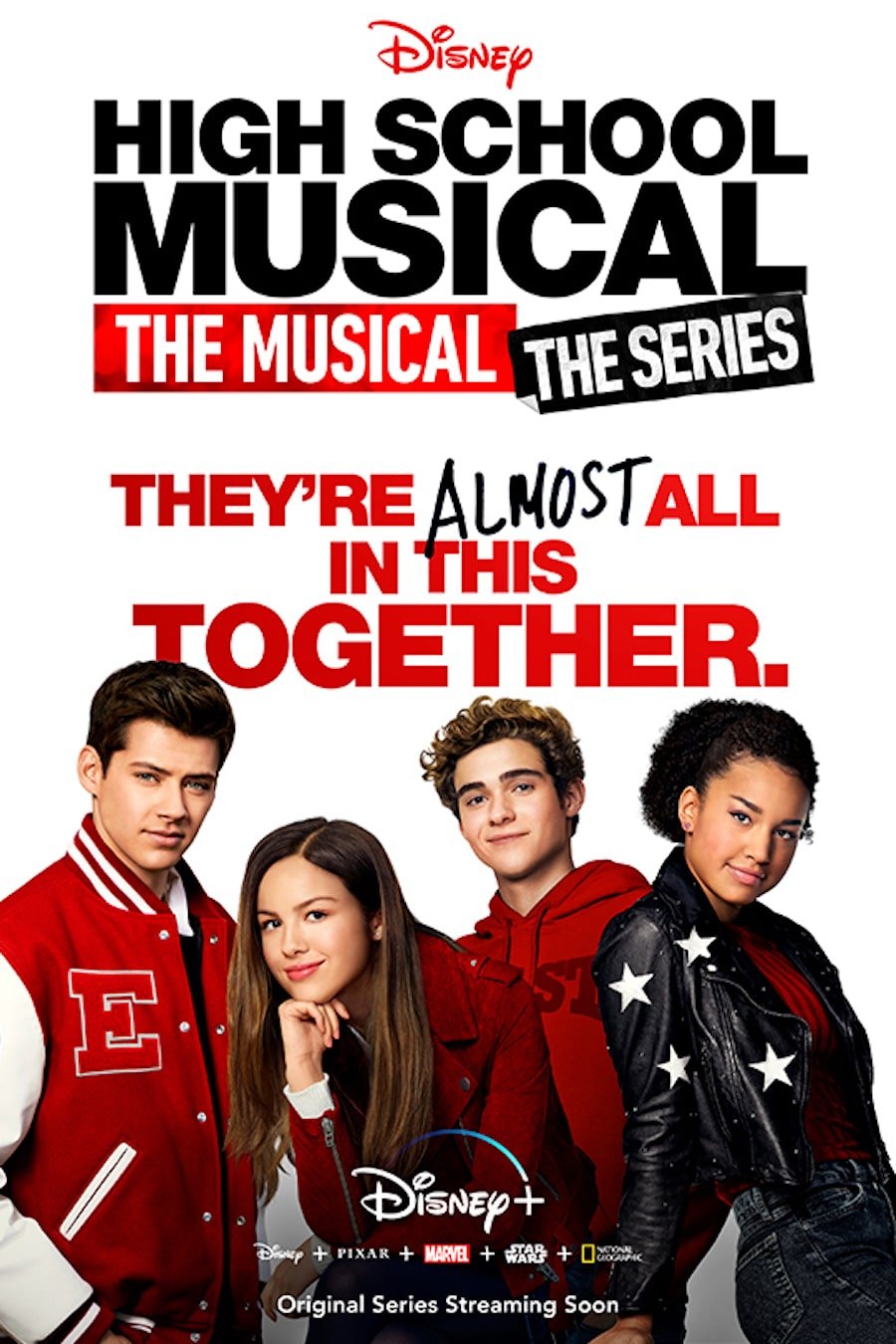 If you are a regular listener of the Now Streaming Disney+ Podcast, you already know that my co-host, Patty is a huge High School Musical fan. She’s not shy about it and it’s really fun to see how much she is into this film series.

If you didn’t know that, just have a listen to our podcast review and see for yourself. 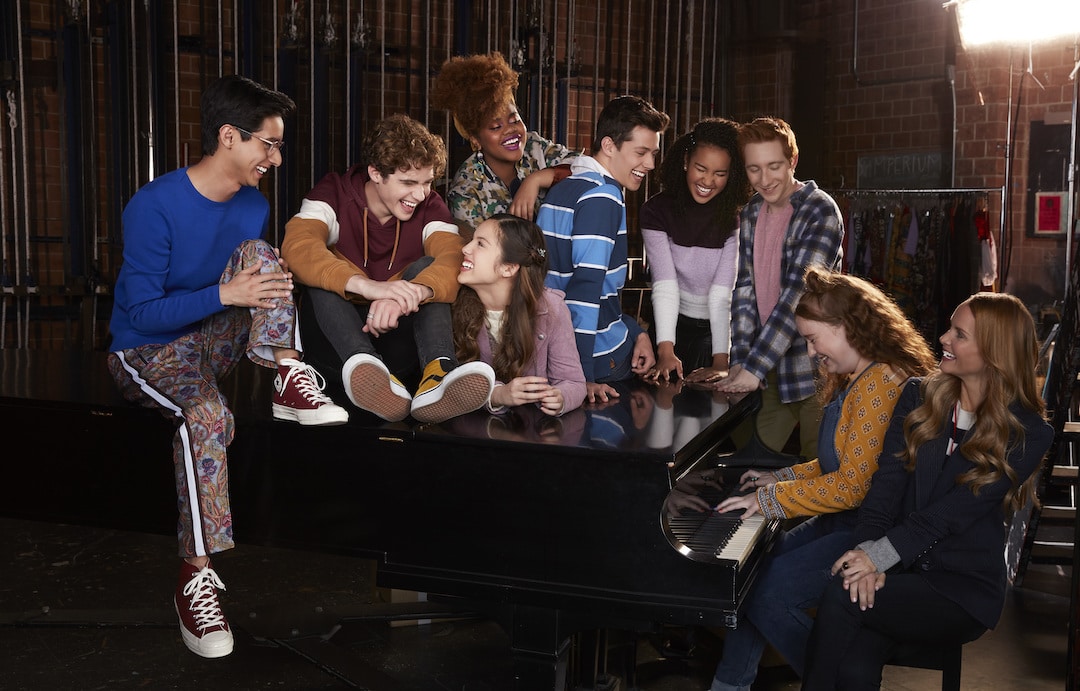 You may also know that I haven’t seen any of the original movies so I wasn’t sure what to expect.

I had high hopes of watching the movies before I ever saw a single episode of the new Disney+ original show. But life happens, and I just haven’t had a chance to see the movie yet.

So when I had the opportunity to screen the first two episodes of the show I thought why not? Patty can fill me in if I’m missing out on any details. This is how a partnership works. 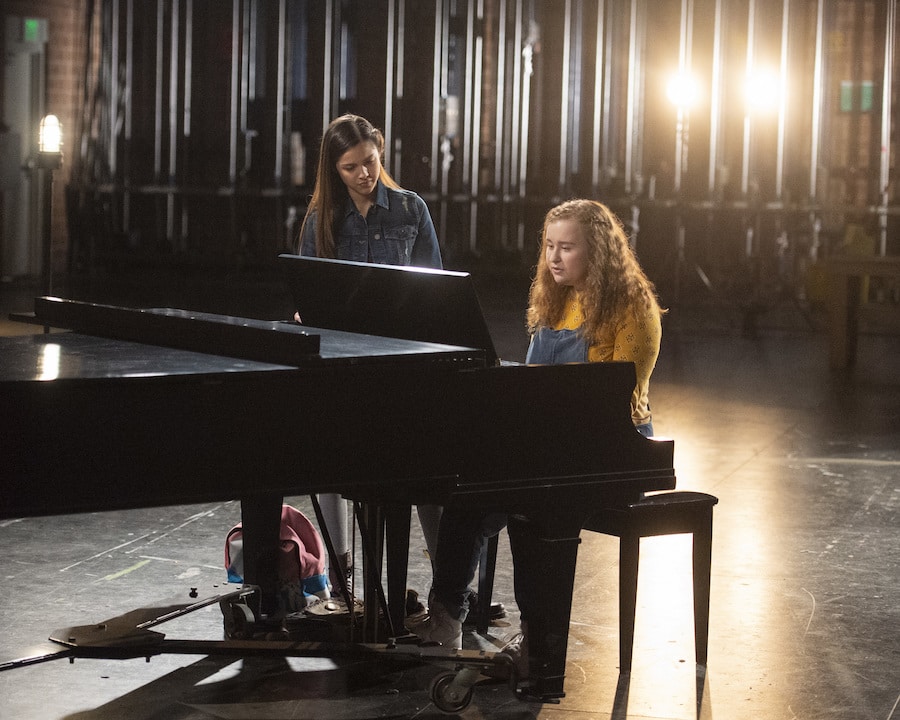 I’m happy to report that you don’t actually need to have seen the movies to enjoy the show. Yes there will be a few Easter eggs and inside jokes that will be funnier to you if you’ve seen the movies according to Patty, but the show is totally enjoyable on its own.

From the music to the storyline to the throwbacks and funny Disney jokes, I am completely hooked on the series and I cannot wait for the third episode (and beyond). 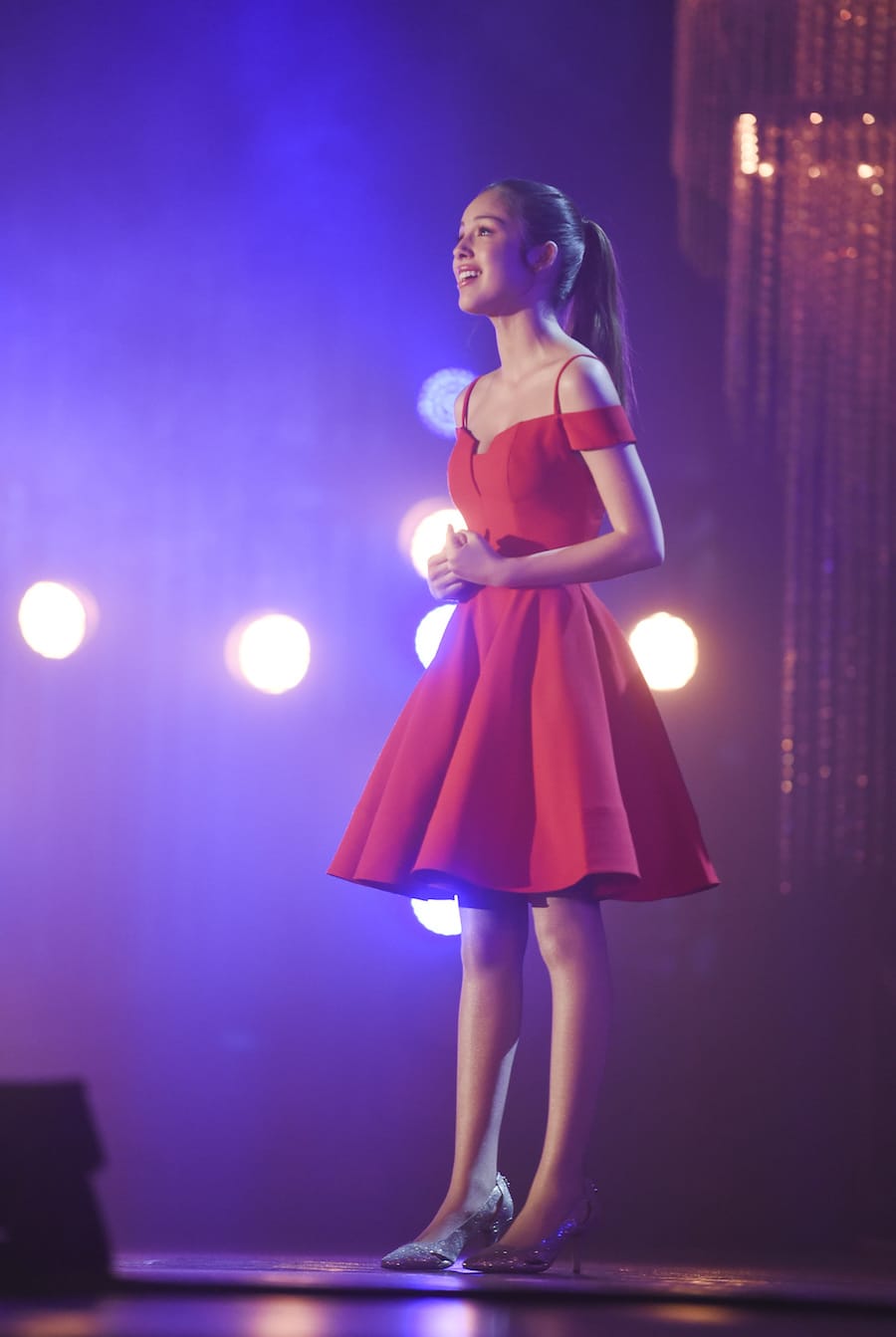 I’d say it is fine for ages tween and up but give a quick heads up to anyone who is watching for four-letter words because there are a couple in these episodes.

It’s definitely nothing beyond a PG or PG-13 level, and I would say if your kids watch television on ABC, this will not be any different, but I wanted to bring it up because Disney Channel shows typically don’t have swears and it was a little bit of a surprise to me when I heard it the first time.

The word hell was allowed, but the word SH*T was bleeped out for what it’s worth. Other than that, there is a lot of relationship talk and a few kisses, which is why my suggested minimum age starts in the middle school range. 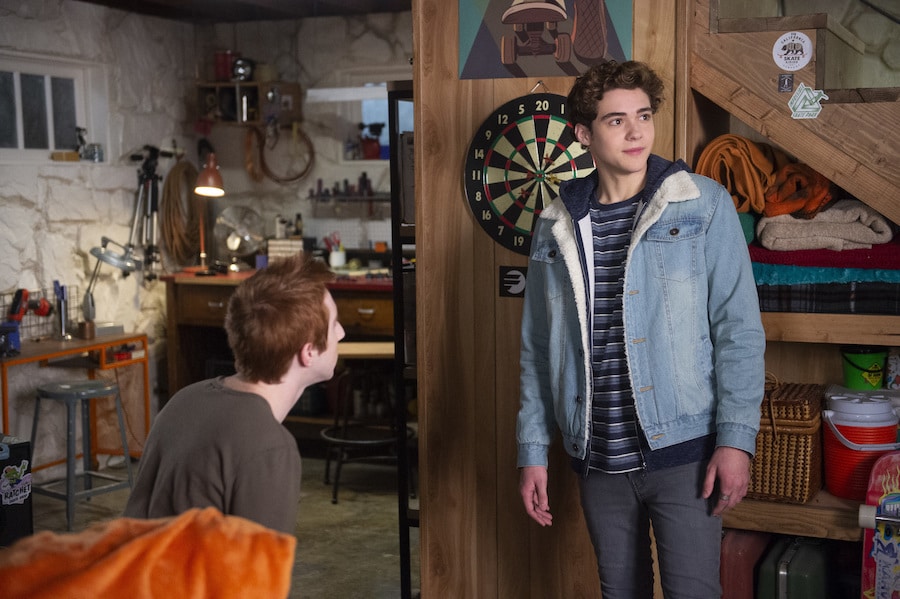 The 10-episode scripted series, set at the real-life East High, where the original movie was filmed, follows a group of students as they countdown to opening night of their school’s first-ever production of “High School Musical.” With meta references and some docu-style elements, it’s a modern take on the “classic” from 13 years ago.

The casting is perfect. I know you are going to love this group!  Joshua Bassett as Ricky, Olivia Rodrigo as Nini, and Matt Cornett as E.J. make up the love-triangle, while  Kate Reinders as Miss Jenn is hilarious and Julia Lester as Ashlyn totally steals the show!

All in all, this show is fun! There’s enough drama and comedy to keep you hooked on the story, but the singing is amazing. It’s also not a typical musical where they break into song for no reason.

The songs fit naturally into the story and it is very enjoyable. I’m so excited that Disney+ has already ordered a season two so buckle up and let’s do this thing!

The World According to Jeff Goldblum is a Gift We Don’t Deserve
Disney+ Encore! Review
Marvel’s Hero Project Reminds Us That The Kids Are Alright
Forky asks a Question on Disney+
Review: The Imagineering Story on Disney+ is Like Going Home
Lady and the Tramp is a Charming Return to an Old Favorite