Maleficent: Mistress of Evil hits Disney+ in May. See what we thought of the latest Disney spin in Maleficent 2 and grab some fun activities for the kids.

It’s time for another parents’ guide to the movies. Angelina Jolie is back to her tricks as Maleficent in this sequel to the 2014 Disney film.

Some familiar faces join interesting new characters in this sequel and we think Maleficent: Mistress of Evil makes a great October family night at the movies.

I brought my son Oscar (10) with me to this screening and I’m sharing my thoughts in this parent’s guide to the fantastical and sometimes dark Maleficent 2.

Thanks to Disney for providing tickets to this screening. All opinions are my own. 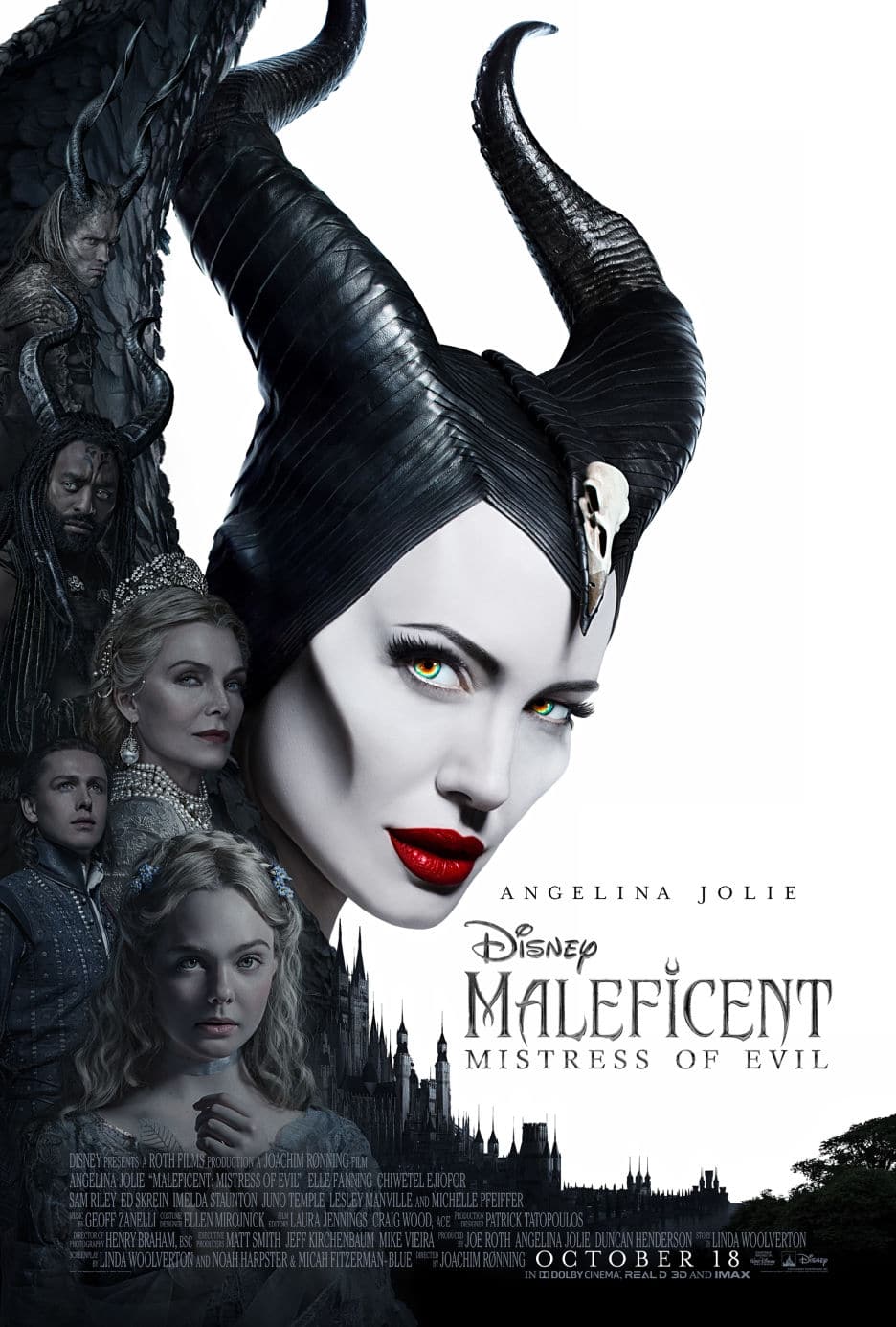 About Maleficent: Mistress of Evil

What I like about the Maleficent sequel is that it takes the story far beyond the Sleeping Beauty fairy tale we know and love.

In the first movie, Maleficent, viewers had to learn and accept a totally new back story for the villain as well as Aurora and her family.

For some, that didn’t sit well since ol Mal has always been the ultimate villain. Others enjoyed the idea that she was once trusting and her hurt is what hardened her.

From what I can tell, you either loved the first movie or you hated it. So if you enjoyed the new twist, I have a feeling you will also enjoy the sequel. 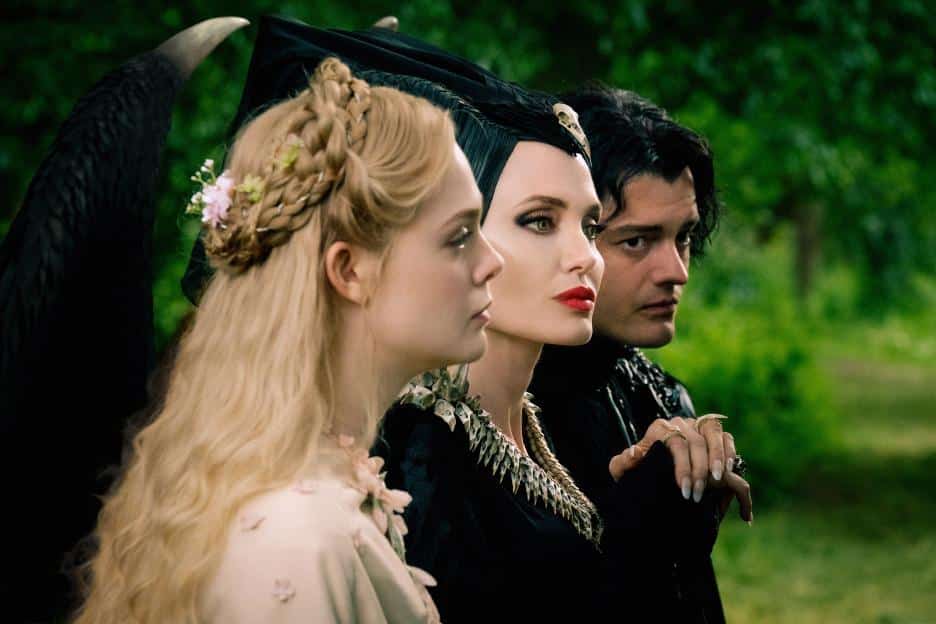 The Maleficent: Mistress of Evil screenplay was written by Linda Woolverton and Noah Harpster & Micah Fitzerman-Blue and produced by Joe Roth, Angelina Jolie, and Duncan Henderson.

Synopsis: In Disney’s “Maleficent: Mistress of Evil,” a sequel to the 2014 global box office hit, Maleficent and her goddaughter Aurora begin to question the complex family ties that bind them as they are pulled in different directions by impending nuptials, unexpected allies and dark new forces at play.

Angelina Jolie is back as Maleficent and again, shines in this role, this time showing a bit of humor that really played well.

I enjoyed the scenes with Maleficent, Aurora (Elle Fanning) and Diaval (Sam Riley) the most. They are comfortable and familial and it works.

The introduction of the Dark Fey (Maleficent’s kind) adds some interesting history to the story. I loved the addition of Chiwetel Ejiofor as Conall and only wished his character had more screen time.

Like the first movie, the true villain of the story didn’t live up to the rest of the film. Michelle Pfeiffer’s Queen Ingrith lacked depth and her crony was comically over the top with her commitment to wrath.

Peace-loving King John (Robert Lindsay) was adorable and Prince Phillip (Harris Dickinson) held his own. I appreciated the supportive father/son storyline and it was nice to see some quality male characters shine.

I enjoyed seeing where this story would go and there were more than a few surprises mixed in with a couple predictable plot points.

Want to know a little more before you watch? Check out the official trailer for Maleficent: Mistress of Evil below.

Did Maleficent Need a Sequel?

Does any movie really need a sequel? Probably not. But in the wake of remake after Disney remake, an original story was a welcome sight.

The Disney tentpoles are still there, good vs. evil, peace vs. war, love vs. jealousy and the formula works.

Only, like its predecessor, this film shows the conflict existed within each character, whether they were deemed good or evil.

The CGI was well done and some of the newest little creatures will steal your heart. And this movie is nearly all CGI so buckle up for some fun effects. 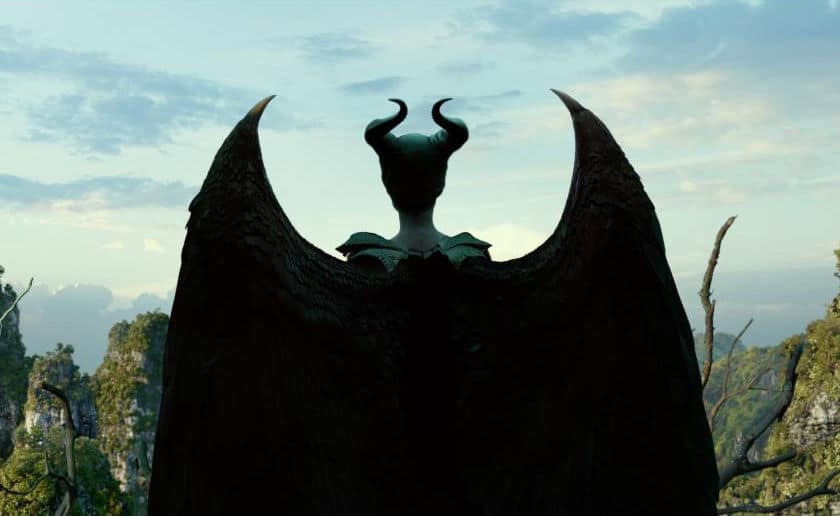 READ: The Ride of a Lifetime Review

Is Maleficent: Mistress of Evil too Scary for Kids?

I think this movie will be ok for ages 8 and up and maybe younger depending on your child.

While it is rated PG, there is a large battle at one point with weapons, explosions and lots of fighting.

The magic in the film is pretty minimal compared to the real-world fighting so it depends on what you and your children are comfortable watching.

That said, this IS a film about magic and the presence of fairies and forest creatures among humans. But you already knew that.

I also want to note that Maleficent: Mistress of Evil has quite a bit of humor in it, more than the first movie, which was a nice treat.

Why is Maleficent 2 rated PG?

Maleficent: Mistress of Evil has a PG rating and a runtime of 118 minutes. The rating is due to “intense sequences of fantasy action/violence and brief scary images” and that’s accurate.

This is a war-centric movie and there are characters on both sides fighting for either peace or war, which obviously leads to conflict. The classic Disney love story is also present but not overpowering.

Some creatures may look scary at times but this didn’t seem to be that bad to me.

If you’re looking for an entertaining yet mildly spooky movie to go with some brownie bites for Halloween, look no further.

Maleficent fans can print this free activity pack full of fun things to do while you wait to see the movie.

It includes Maleficent coloring pages, spot the difference and more. Get the free Maleficent 2 Activities here.