My review of Bob Iger’s book, The Ride of a Lifetime, why I loved it and why it should be required reading for every entrepreneur and teenager.

When I started the book, The Ride of a Lifetime by Bob Iger, the last thing I expected to do was cry. Yet, over the course of the few days it took me to make my way through the Audiobook, I found myself in that very situation more than once.

I had just finished Disney War, a much longer and in many ways darker side of corporate Disney that detailed years of animosity in the ranks during the Eisner years.

This is not to say I’m anti-Eisner or pro-Iger. But it’s impossible to read those two books back-to-back and not draw some comparisons. 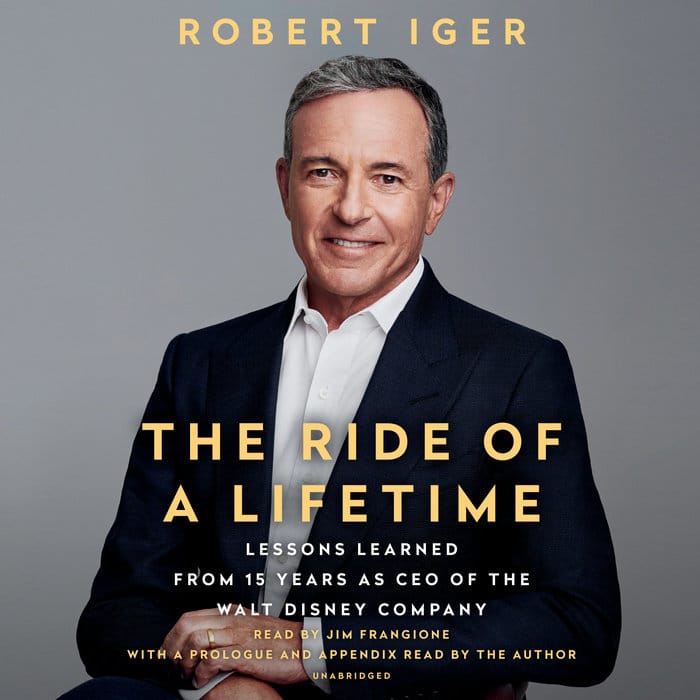 To be fair, Disney War is not an autobiography and in fact, recounts many different points of view. And like a good television show, conflict is what really shines through.

By contrast, while The Ride of a Lifetime is definitely a highlight reel and you may be tempted to feel envious of Iger’s good fortune, it’s really hard to do. The book inspires hope, plain and simple.

In my notepad app, I almost immediately started jotting down quotes I wanted to remember and then I laughed at the end of the book, when there was an entire section highlighting almost all of the quotes I’d written down.

In terms of a reader getting the author’s intent, I’d say Iger nailed it.

I am drawn to personal stories and non-fiction so it’s not unheard of that I would reach for a business book. We all have habits we want to change and it’s great to hear what other people have done.

Of course, when I decided to read a leadership book by Bob Iger, I think most of you could guess it’s because he happens to be the Chairman and CEO of The Walt Disney Company.

As a fan of all things Disney, I love seeing behind the curtain. But unlike Disney War, which revealed more than a decade of corporate Disney dirt, Iger focused on his personal life and the path to his success.

I listened to the book on audio. Most of it is narrated by Jim Frangione but the prologue is read by Iger himself. The story begins with a seriously wild rollercoaster of emotion where tragedy in Orlando and at Walt Disney World coincided with the monumental opening week of Shanghai Disney Resort.

I was immediately drawn in to the personal side of the job and save for a few detailed moments, it’s the emotion that hooked me. Hearing that opening story narrated in Iger’s voice was a brilliant move. It really reminded me of the humanity we all share, no matter where we stand on the corporate ladder.

Iger spoke of meeting one of his idols, making tough decisions at Disney and the strong friendship he shared with Steve Jobs among others. There’s something about reading about the nuances behind the big deals and handshakes that really stood out to me. 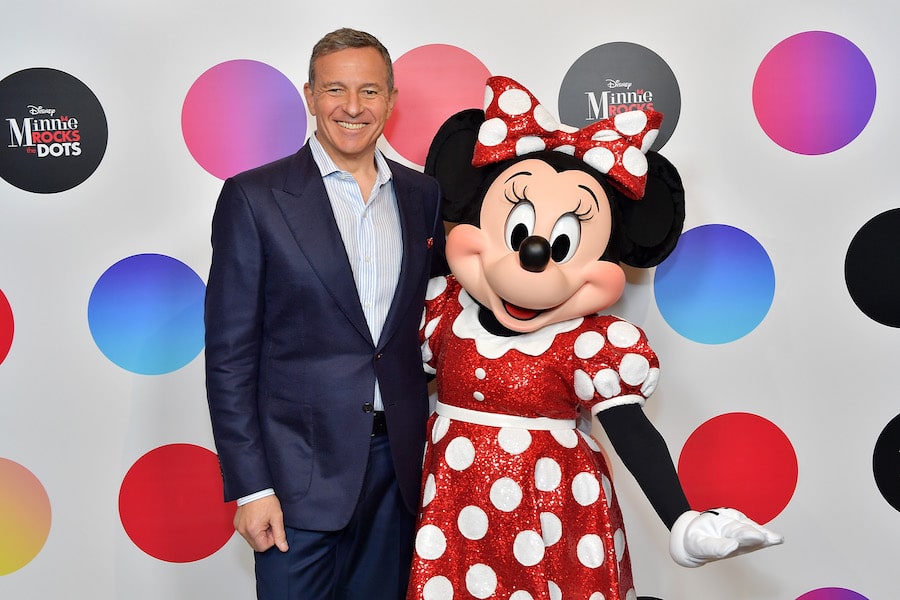 LOS ANGELES, CA – JANUARY 22: Disney Chairman and Chief Executive Officer Robert A. Iger attends ceremony for Minnie Mouse as she receives Star on Hollywood Walk of Fame in Celebration of her 90th Anniversary at El Capitan Theatre on January 22, 2018 in Los Angeles, California. (Photo by Stefanie Keenan/Getty Images for Disney )

The Appendix repeats the many leadership lessons from the book, but there were really three that stood out to me. I’ve re-phrased them below.

The reason I focused on these three lessons is that while there are more, most fit under these three. Kindness, respect, self-awareness, and honesty are not just the key to a happier life, these traits are how you make trustworthy relationships.

I don’t believe that nice guys finish last as long as the honesty is there. Kind doesn’t mean the absence of conflict. It means facing it head on and dealing with it. No one wants to be lied to, no matter how big the smile on your face is.

Reliability and consistency builds on kindness. When you are looking out for the best way to fit into whatever life you’re in, quality comes from consistency. The more you do a thing the better it gets. It really is that simple.

But most of all, I was impressed by the fact that Iger was so candid about the relationships that got him to this point.

In The Ride of a Lifetime, you might assume that the author would hit the highlights and how all his good decisions led him to the top. And surely, he made plenty of good decisions.

That said, Iger was not shy in sharing how he made good relationships early on, even with people who seemed rough to others, and built on those relationships for his entire career. He credits his colleagues by name throughout the book for their input and suggestions.

I especially appreciated this when it came to the women who surround him. He was not shy about how much he values the input of his peers and of course, his wife Willow Bay.

Reading about meetings and coffee and emails reminded me that it really is about who you know. And I don’t mean if you don’t know powerful people, you’re sunk. I mean, look around you for the leaders and learn from them, talk to them. Be a friend, be known.

And then do your job well. 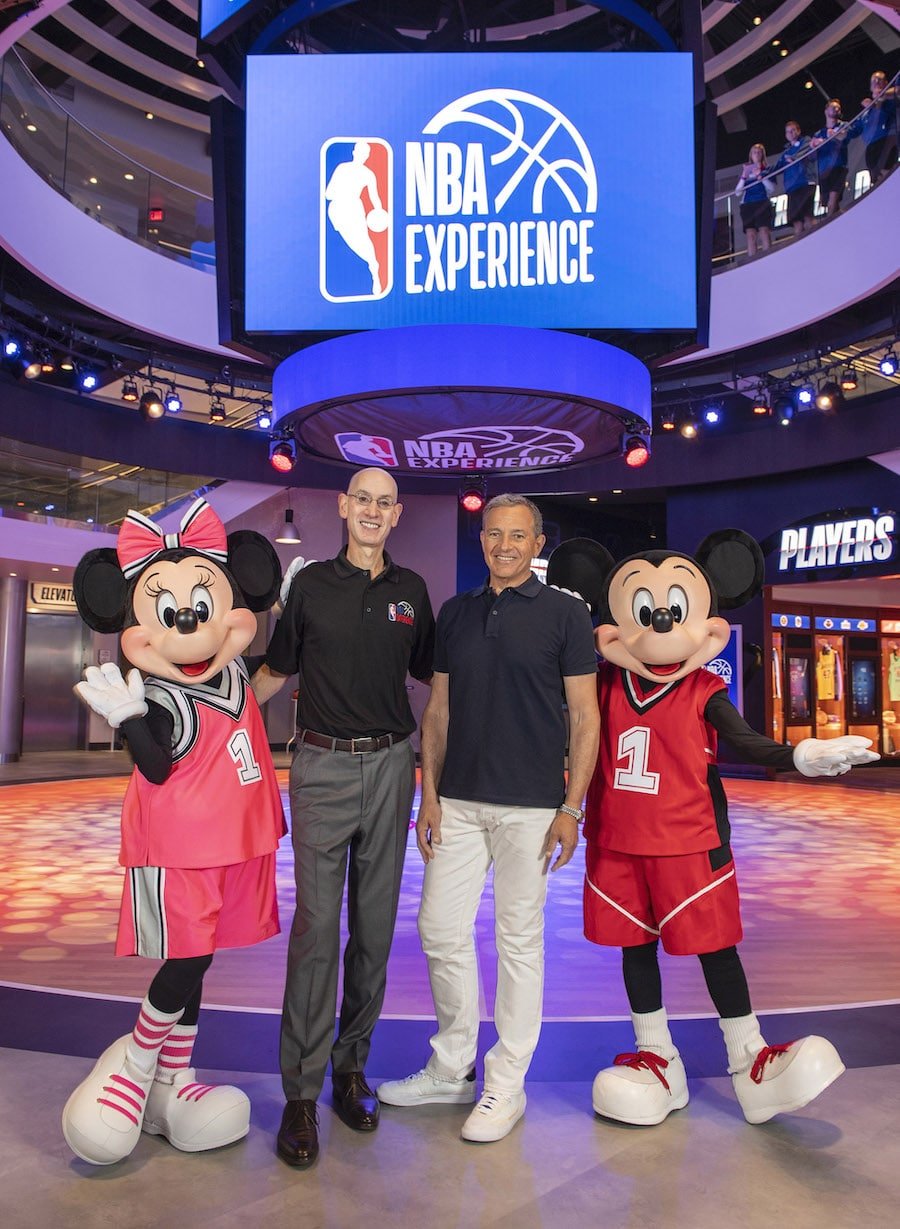 The Ride of a Lifetime is Required Reading

If you are an entrepreneur or hope to advance in your career at any time, you should read this book. That seems like a given. Good advice right? Yes, read the book written by the CEO of one of the world’s largest companies. OK.

But more than that, The Ride of a Lifetime stands out to me as something teens and college students need to get their hands on, and the sooner the better.

I definitely don’t think of Bob Iger as old-school, but there are some really solid old-school lessons that I just don’t see that much anymore.

In all of my jobs, I’ve been shocked to learn how little I actually need to do to stand out. Things like answering emails, meeting deadlines, and responding to change requests have had people thanking me for my great work.

It shouldn’t be that easy y’all. Especially when the advice is right here for any of us to emulate. As business books go, The Ride of a Lifetime is definitely worth your time. Be sure to bring the tissues. 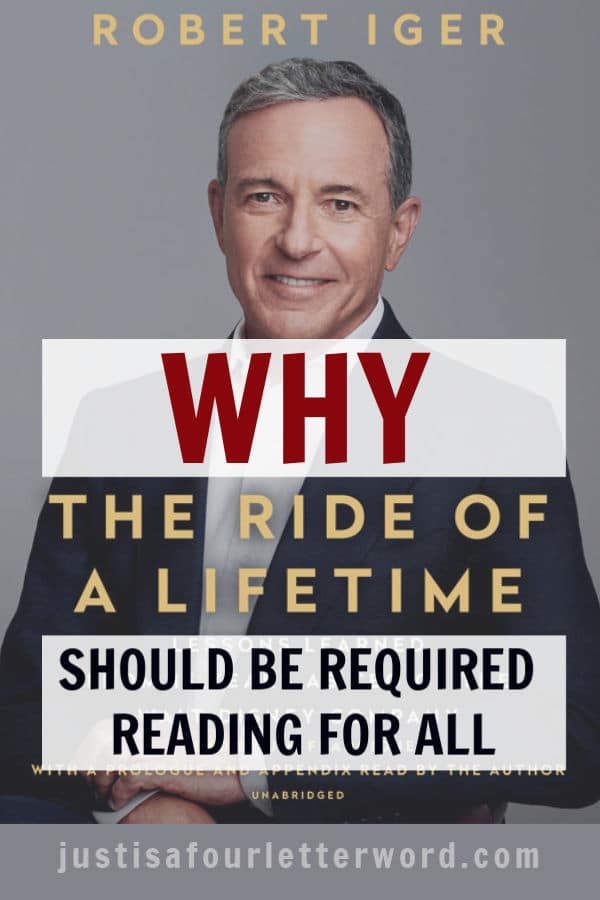