Meet the magic makers who work for the Walt Disney Company and see why you’ll fall in love with this Disney+ series in my One Day at Disney review.

My family is all in on Disney+ since it launched. Not only have we enjoyed original shows and old favorites, we are also loving the documentaries.

As a Disney parks fan especially, I love behind the curtain shows like The Imagineering Story and now, One Day at Disney, which is now airing on Disney+.

What sets this apart though, is the focus not just on parks but jobs all over the world and within different Disney companies. And there are many! 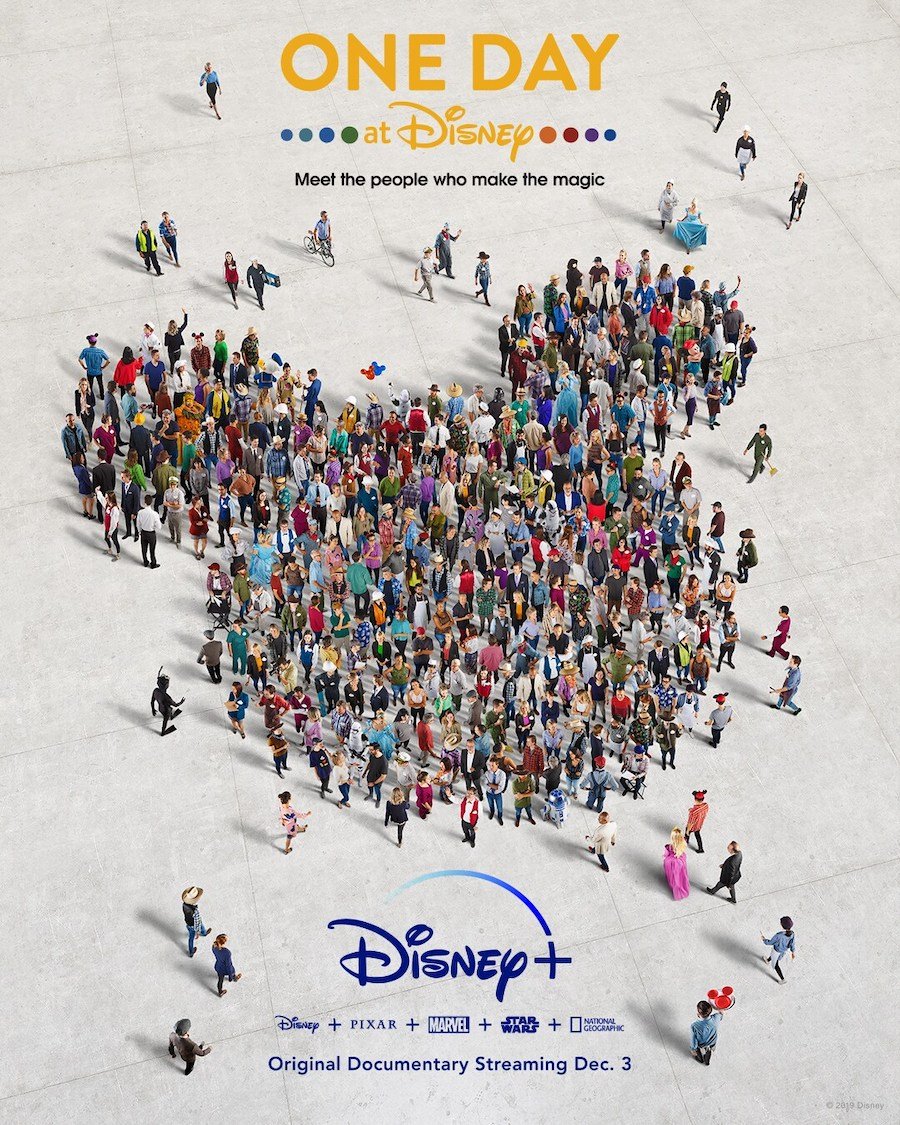 About One Day at Disney

“One Day at Disney” is a new collaboration between Disney Publishing Worldwide and Disney+ highlighting the talented men and women who bring life to some of Disney’s most beloved stories.

The special, which aired on Disney+ on December 3, 2019, is about an hour long and will be followed by 52 short films released weekly and ranging from 4-7 minutes each.

Narrated by Sterling K. Brown, the documentary feature film spotlights 10 different people in various jobs all over the globe.

The following shorts, which will be released every Friday starting December 6, 2019,  take an in-depth look into the personal journeys and daily roles of 52 more employees and Cast Members of The Walt Disney Company.

Watch the One Day at Disney Trailer

One Day at Disney Review

It never ceases to amaze me that there are thousands and thousands of people all around the world with the kind of optimism it takes to follow and promote Walt’s vision.

In the one hour One Day at Disney feature, we meet 10 of these people. I loved hearing about the work but even more, I loved listening to how they got to where they are.

Each person has a story and found a real meaning in their journey. It should come as no surprise that this really spoke to me.

Yes, I’m a Disney fan and this is for us, plain and simple. But these people are also in the middle of their careers. They don’t have to pour their hearts into their work, but they do every single day.

Mark Gonzales has been obsessed with trains for his entire life and now he’s living his dream on the Disneyland Railroad. 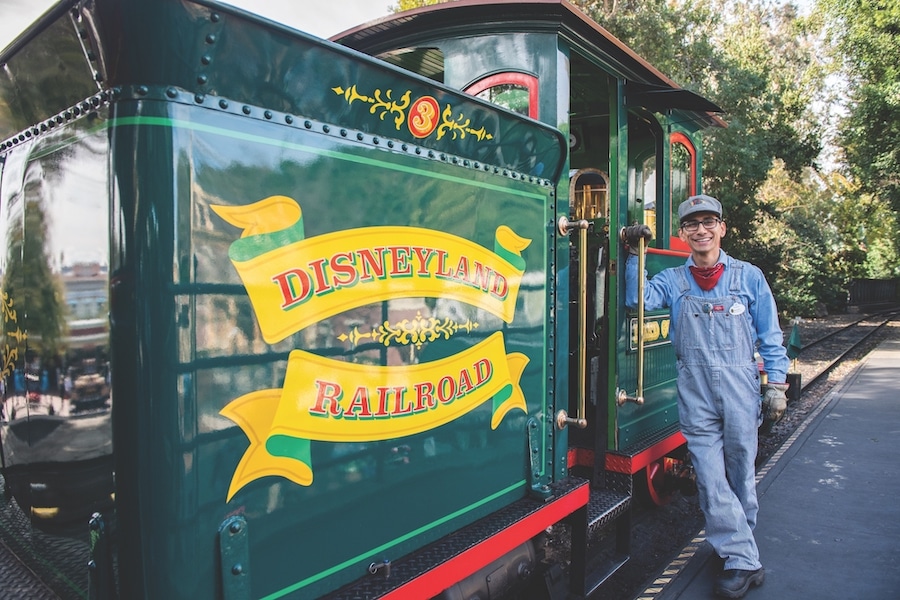 Others include legendary animator Eric Goldberg who not only animates Mickey Mouse but also developed the beloved Genie in Aladdin. He even made Robin Williams laugh!

I could have watched him all day. 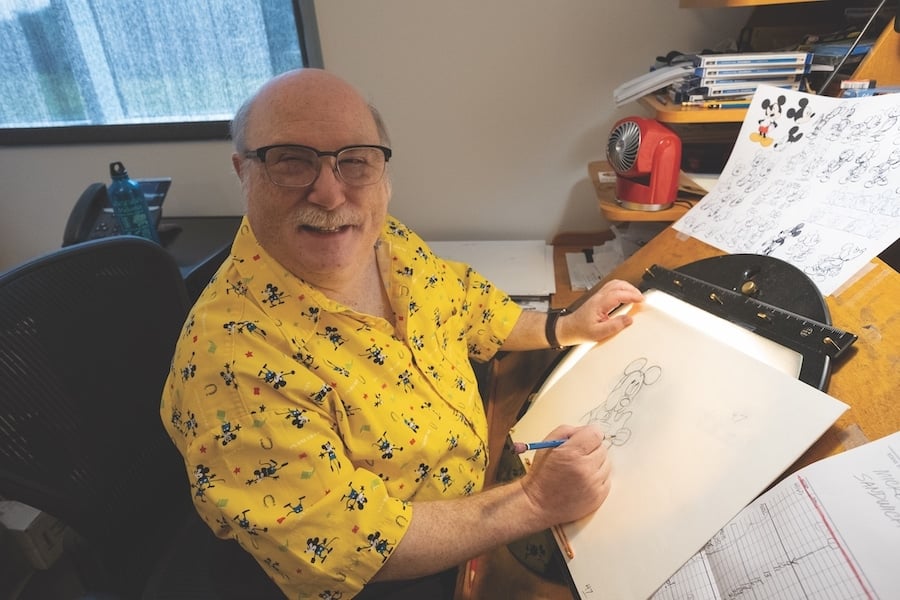 Each of the 10 people in the film were fascinating and dedicated to their work. And I was truck at just how versatile the Walt Disney Company is.

It’s no secret that I would love to work for them at some point in my journey. As I was watching the stories of people all over the world, it made my dream seem like it could be possible.

The Disney Difference would be nothing without the people and like Robin Roberts said, “optimism is a muscle that gets stronger with use.”

I guess I’d better get to work.

In collaboration with the documentary series, Disney Publishing Worldwide has also released a One Day at Disney coffee table book with 224 pages featuring photographs and stories of these magic making Disney employees and Cast Members.

Did someone say Christmas present??

Official: On February 21 of this year, 76 unique photo shoots took place around the world, as Disney dispatched photographers to capture images of the employees and cast members who drive creativity and innovation at The Walt Disney Company. From Shanghai Disneyland and ESPN to Pixar and the set of Modern Family, these spectacular photographs—and the stories behind them—will be featured in the hardbound, collectible book, written by Bruce Steele. 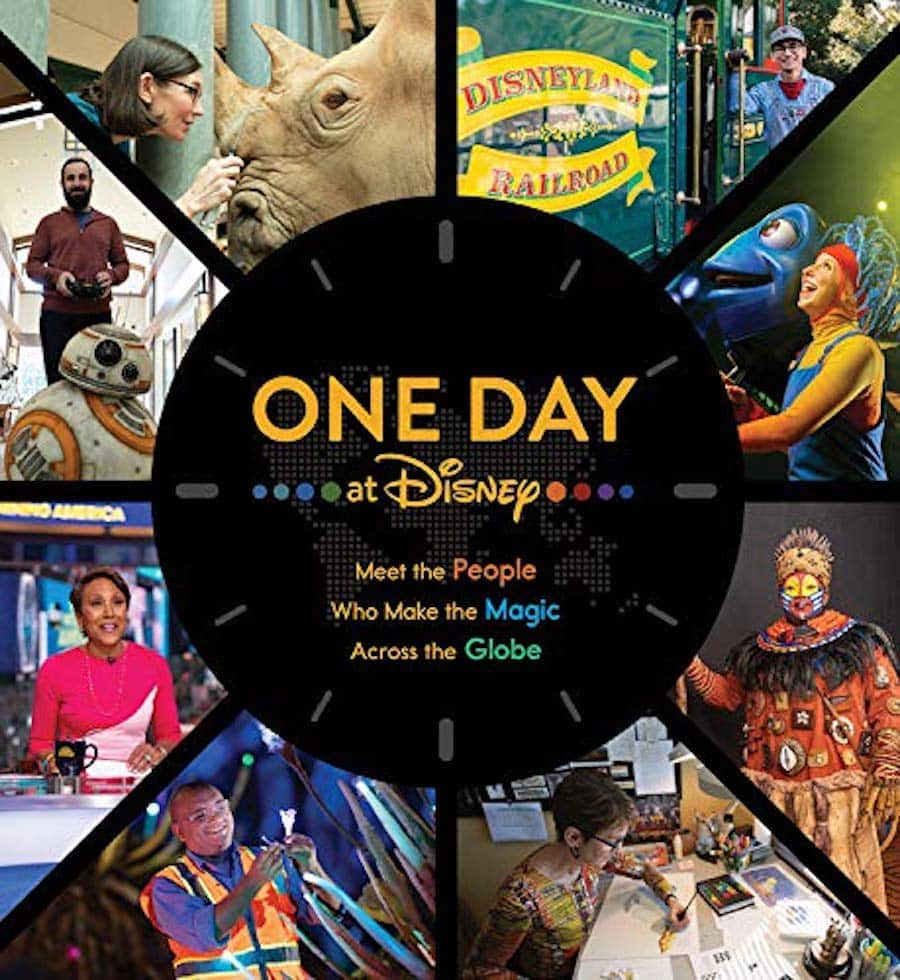 Now if we could get Disney+ to start releasing new shows on different days, I’d be set. My Fridays are getting very busy!

I’m Here for High School Musical: The Musical: The Series
Marvel’s Hero Project Reminds Us That The Kids Are Alright
Forky asks a Question on Disney+
The World According to Jeff Goldblum is a Gift We Don’t Deserve
Review: The Imagineering Story on Disney+ is Like Going Home
Lady and the Tramp is a Charming Return to an Old Favorite