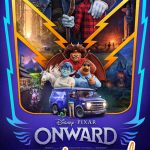 Check out our Onward parents guide to the movies. This is an original story with a lot of heart. I do have a few warnings for certain groups. Onward is in theaters March 6, 2020.

Last night, my family and I were invited to an early screening of Pixar’s latest film, Onward starring Chris Pratt, Tom Holland, and Julia Louis-Dreyfus.

This is a film of love and family all around and it was refreshing to have an original storyline after so many recent Disney remakes.

I do have a few thoughts in my Onward parents guide, so let’s dig in. 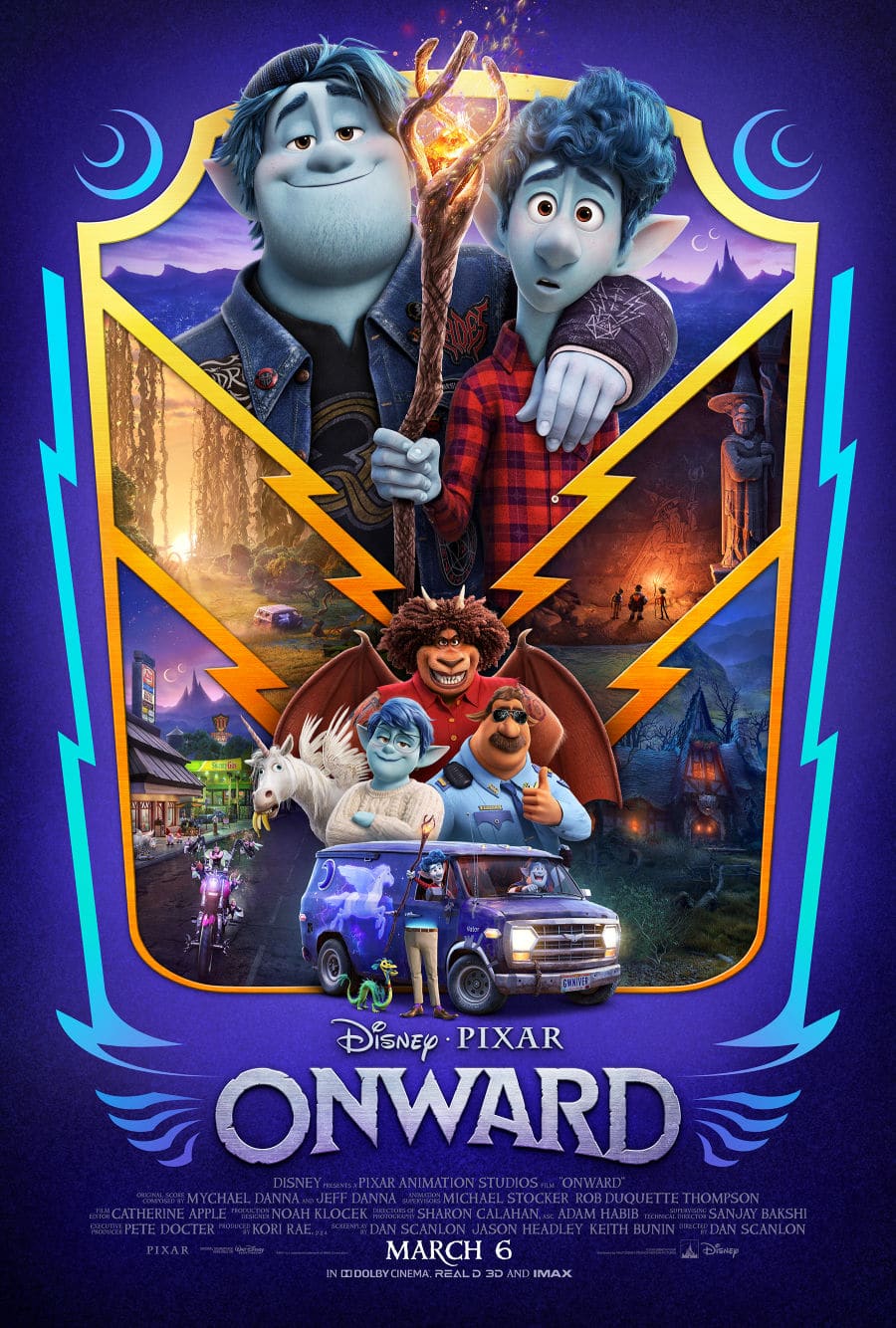 This is a movie about two brothers set in a magical land that has outgrown its magic in favor of technology and modern living.

As the story progresses, we learn that the magic has been there all along, but it needed the right people to find it.

Official: Set in a suburban fantasy world, Disney and Pixar’s “Onward” introduces two teenage elf brothers (voices of Chris Pratt and Tom Holland) who embark on an extraordinary quest to discover if there is still a little magic left out there. Pixar Animation Studios’ all-new original feature film is directed by Dan Scanlon and produced by Kori Rae—the team behind “Monsters University.”

My whole family got to screen this one and I love it when we get to do that! Now that my boys are 11 and 8, it’s so fun to get their input and include it in our movie reviews.

The reason my score was the lowest is that I had hoped it would be a little funnier. Onward definitely has some laughs, but it was a more serious movie than I expected. I didn’t sob, but there was no shortage of tears.

I also found it to be a little slow in places, which may be an issue for younger viewers.

EN ROUTE — In Disney and Pixar’s “Onward,” brothers Ian and Barley seek an ancient map from the Manticore—once a mighty warrior whose tavern served as a waystation for travelers embarking on epic quests. Part lion, part bat and part scorpion, the Manticore has adapted to changing times—but her adventurous spirt still lurks within. Featuring the voices of Tom Holland, Chris Pratt and Octavia Spencer as Ian, Barley and the Manticore, respectively, “Onward” opens in U.S. theaters on March 6, 2020. © 2019 Disney/Pixar. All Rights Reserved.

If you have seen the previews, you know the story revolves around a father’s death (which is mentioned but not shown) and a quest to connect with him.

Brotherly love, family, and friendship are all tied together. Onward was truly heartwarming but I couldn’t shake the general sense of melancholy and I think that is what brings my score down.

I asked my boys if they related to the two brothers and that story since they are, you know, brothers. They both immediately said, oh no I didn’t think of it that way at all. Ha! So no life lessons for us this time around I guess.

Onward is rated PG and in terms of appropriateness, I think most kids will be fine with it. Parents should know there are a few intense, edge-of-your-seat moments during the quest.

In terms of language, the main phrase that stood out to me multiple times was the unfinished, “son of a…” which seems to be the language du jour in kids’ movies.

Onward is rated PG for action/peril and some mild thematic elements and has a runtime of 114 minutes. I don’t think this is a home run for Pixar but it was fun to watch with the family nonetheless.

Let me know what you thought of Onward in the comments below! 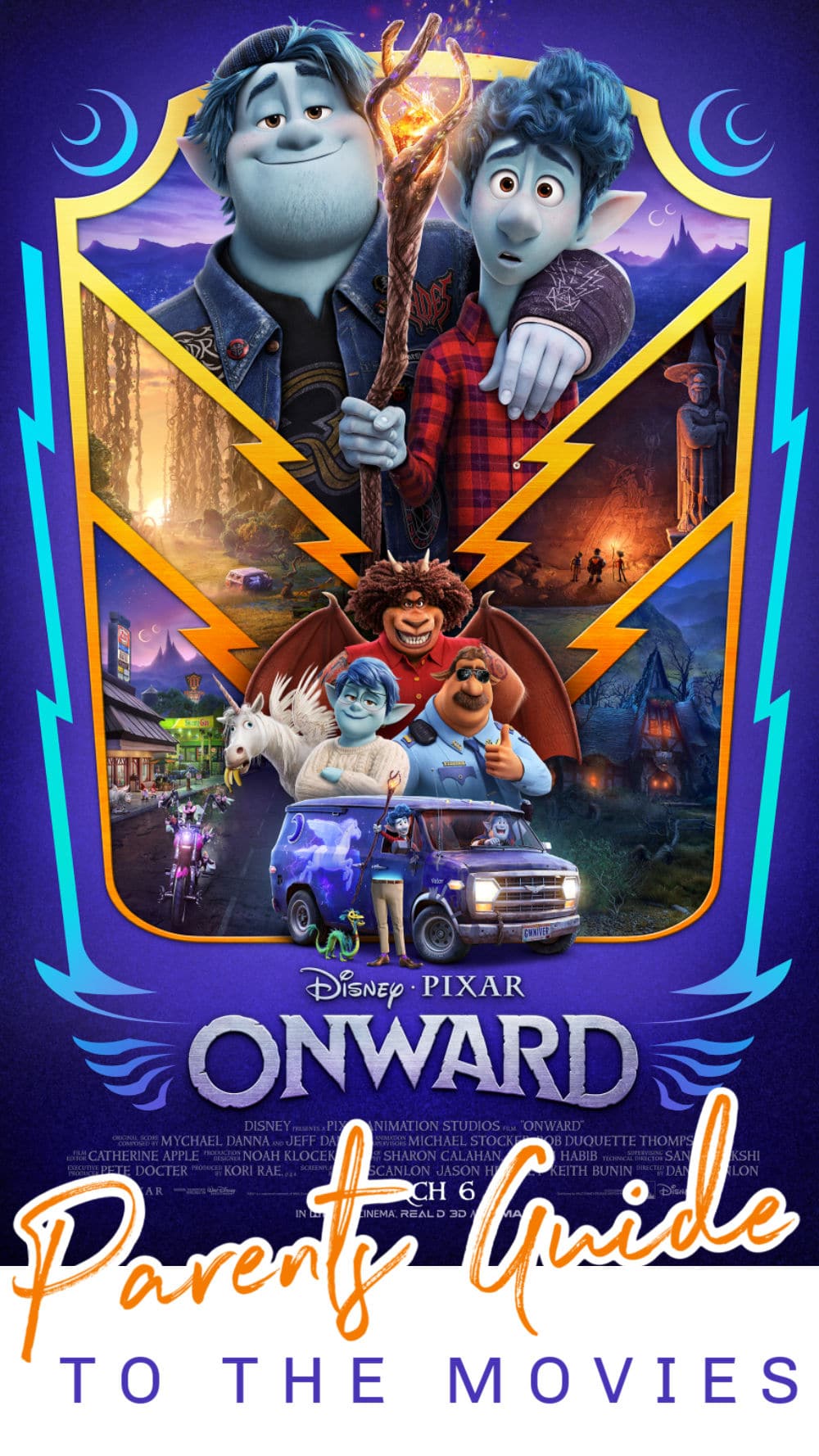