When you need a little extra Star Wars in your life (and who doesn’t?) creating a Star Wars character breakfast at home is both fun and easy! Perfect for any Star Wars fan or a May the 4th celebration.

Back when Disney’s Hollywood Studios was hosting Star Wars Weekends, I created a series for those of us at home. This was one of my favorite posts so in honor of May 4th, I decided to bring it back.

Since I am 100% boy mom, there is no shortage of costuming in this house so when I wanted to do a special Star Wars breakfast, I knew we had to go all out.

Republished from 2014. My posts contain affiliate links, which means I may earn money on purchases made. 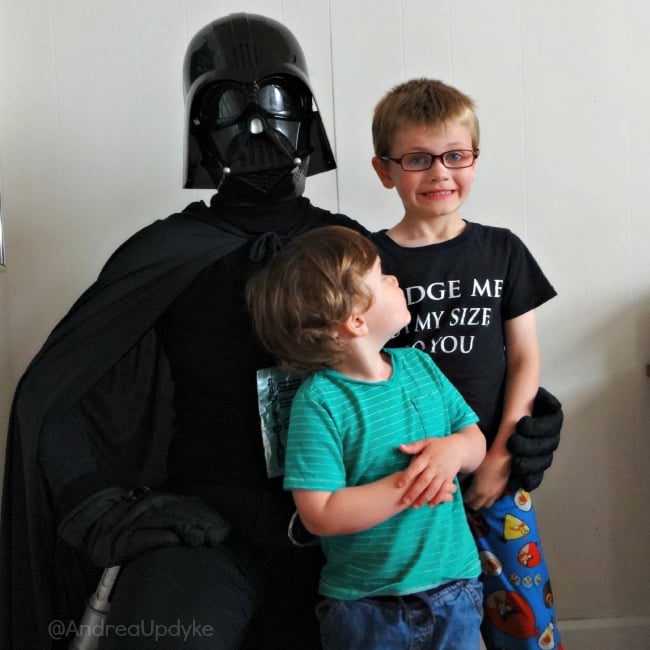 Star Wars character dining was added to the list of special events happening during Star Wars Weekends, but we never had the chance to go. I hope they will bring it back one day, but in the meantime, we’ll always have Mom Vader.

How to Create a Star Wars Character Breakfast at Home

Obviously, I can’t fit into my boys’ costumes so I wore all black with our Darth Vader helmet and cape. For the front panel on his suit, I covered a piece of cardboard with foil and used markers for the buttons. Easy peasy.

Oscar thought my costume was so awesome he wanted it. Like as in right now thank you very much! As you can see in the video, I had to resort to the Force to calm him down. Ultimately we had a good time and even grabbed a few photo-ops before I passed the lightsaber on to the next Sith Lord.

You may want to keep that in mind when planning your own character breakfast. Costumes for everyone!

Fire up the griddle for some Star Wars pancakes and while one parent keeps track of the kiddos, the other one can disappear for a quick change. Cue up the music and it’s just like being at Disney World! Well, almost.

I wasn’t sure how the pancake molds would work out, but we had some great success! Of course Oscar chose Darth Vader’s Tie Fighter pancake, which was all too fitting for the theme of our day. There are so many options for pancakes and waffles now. You can even get a Death Star waffle maker! 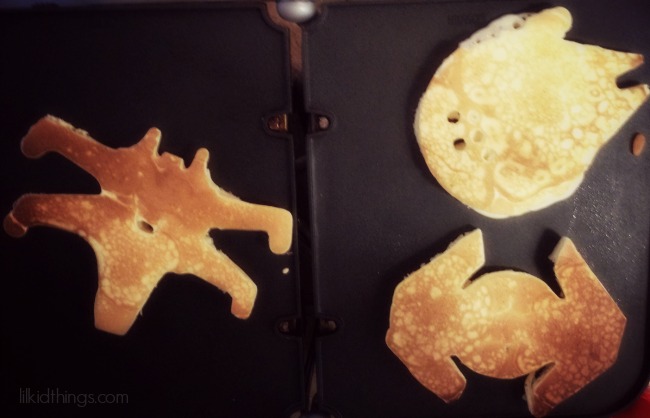 Don’t forget the photo ops – always one of my favorites at Walt Disney World. We found a blank wall and I tried my best to stay in character. I will say, it’s harder than I thought! Mad props to all the people who do this every day.

We went with classic Darth Vader, but feel free to choose anyone you like! And if you have more people than we did, have several in costume for even more fun. 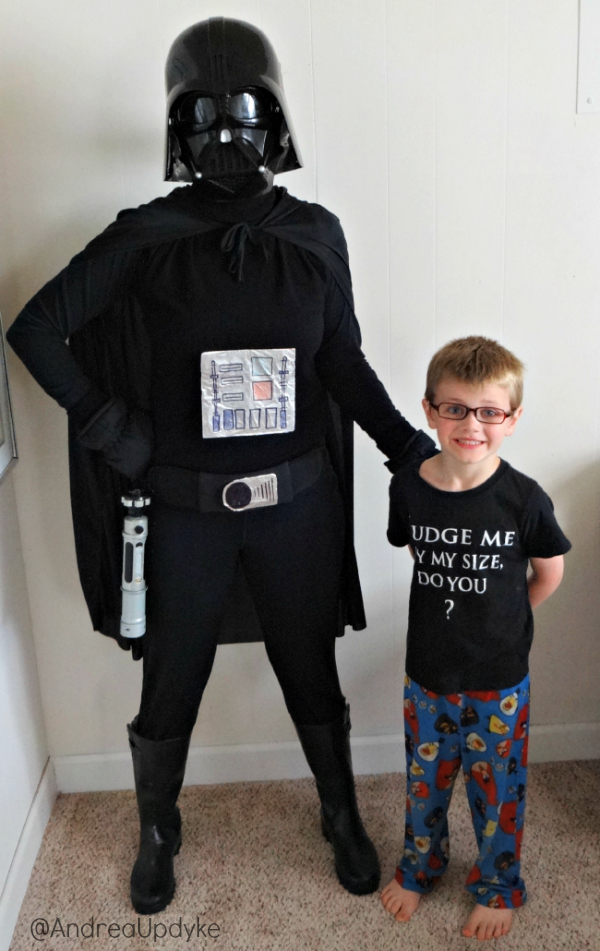 If we had more time and were all in costume, I can see lots of really great photos in the yard. Believe me, they are epic in my mind. Which brings me to….

For my Darth Vader chest plate and belt buckle, I cut shapes out of cardboard from a popcorn box and covered it with foil. I found that Sharpie markers were the only type of marker that didn’t rub off when drawing the buttons and belt.

(affiliate) and everything else other than the cape (which I bought on Amazon – affiliate).

It worked out great because once I was done, I could easily transfer the main parts of the costume for Oscar’s continued (and continued) use. Calvin was on board with this decision. 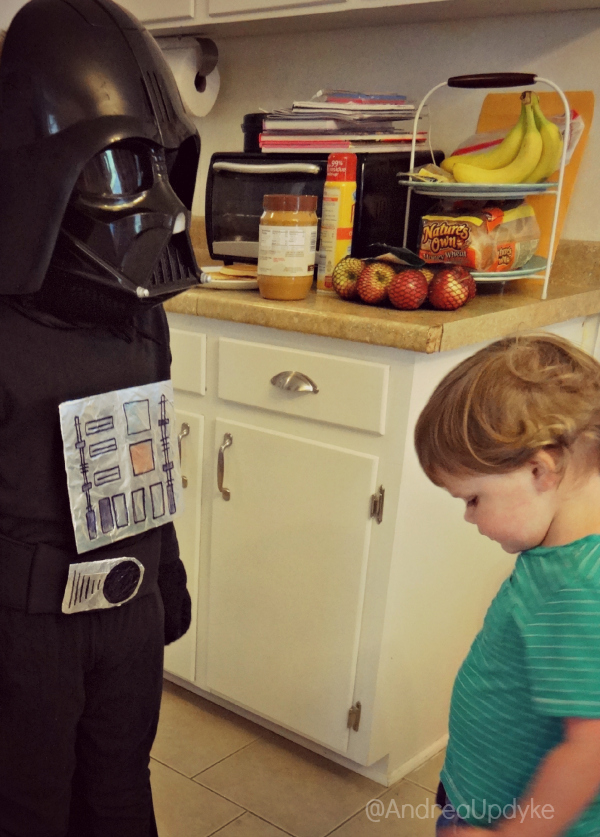 Making memories is what it’s all about, right? Have a fun way to bring Star Wars Weekends home? Share it here and May the Force be with you!