I’m not sure if this is a female issue or it’s my age or maybe even a mom thing, but at some point in my life, I adopted “as-is living”. I thought of that term, so I’m not sure if anyone else has said it before (probably because everything has been said before). But the thinking here is that we take life as it comes and play the hand we’re dealt for better or worse. Why is that a bad thing? Let me explain.

I was pretty young when I started rolling my eyes at picky eaters. Like many children of the 70s/80s, I was raised to eat what was put in front of me. As a pastor’s kid, we ate dinner in a lot of people’s houses and I even went on a couple mission trips. There was no guarantee of chicken nuggets or hot dogs so we ate what we got whether it was a bowl of corn soup or some kind of meat I’d never heard of.

So when I heard anyone push back when it came to meals, I thought it was the ultimate selfishness and disrespect. I was aghast when my roommate during my study abroad program in Peru refused to eat local food and instead purchased American cereal and other snacks whenever she could. After all, wasn’t the whole point of travel to try new things? 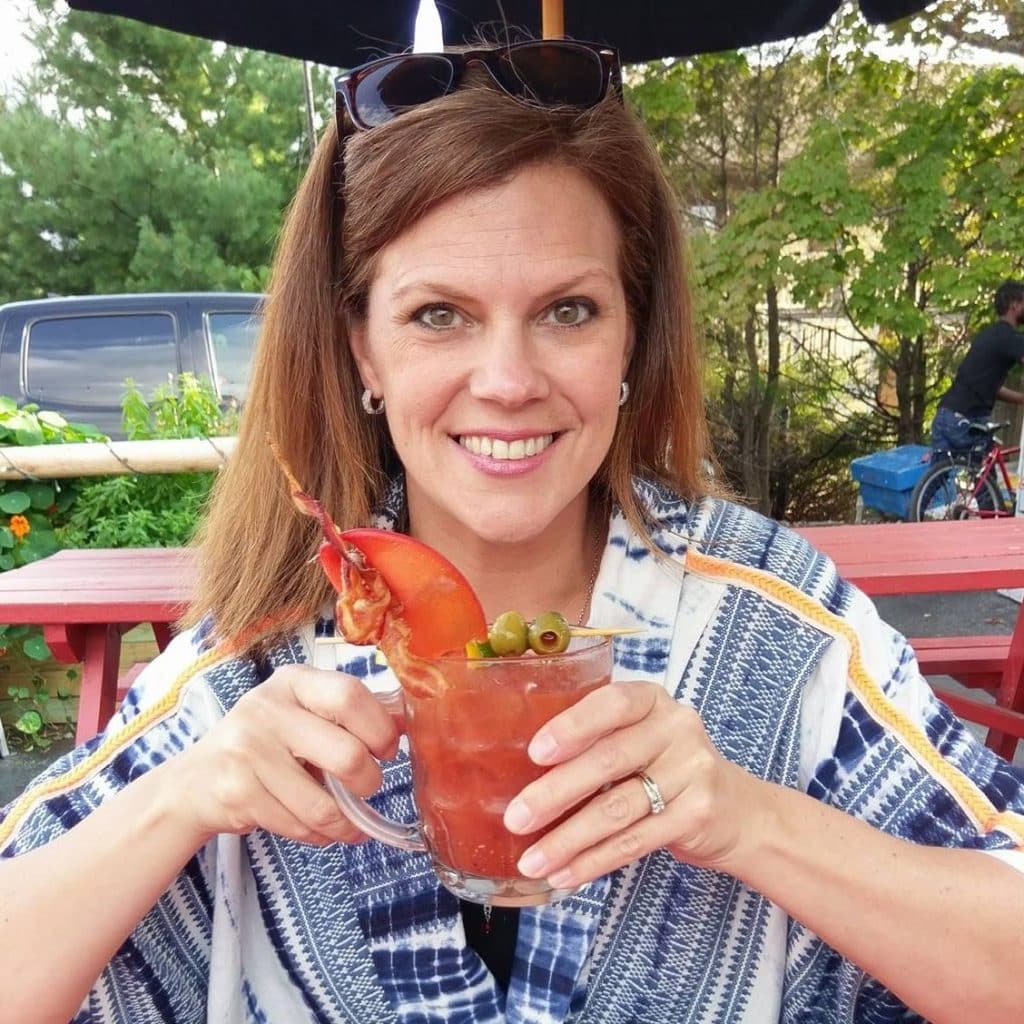 It has been a source of pride (and clearly arrogance) over my lifetime that I identify as adventurous in travel or eating or whatever. I like trying new things. I take what is offered. But there is a flip side. You know the grandma who says no thank you because she doesn’t want to be a bother? I am that grandma.

I still believe in being a polite guest and manners and all that societal extra, but as I near my 40th birthday, I’m finally beginning to realize that I don’t have to take every single thing as-is. That it’s ok to customize my life a little. It’s not rude and it doesn’t make me a bother. I am embracing my freedom to move beyond as-is living into a life that looks like mine.

This shift has been happening for a few years. The move from my Lilkidthings mom blog to the often misunderstood title of Just is Four Letter Word started as my anthem to allow space for all the pieces of me. The hardworking ones, the funny ones, the tired ones and the motivated ones. But in order to make space for those pieces, I realized it was time to voice some opinions. It was time to say no thank you and it was ok to say, actually yes I would like another slice!

Here’s a silly little example. Years ago, I stopped eating at Subway because I don’t like their bread. If I am going to buy a sub sandwich, I want the bread to be crispy on the outside. It’s just what I like and they don’t have it. So I decided to go elsewhere. However, sometimes when we travel and don’t want grease, Subway is the only option. One day the server asked if I would like my bread toasted (a request I always automatically said no to because who has time for that) and I said sure, why not? Lo and behold, I liked it.

One tiny change away from my as-is sandwich opened the door to a healthier option for on the road eating. Toasted bread. Isn’t that ridiculous? All because it seemed like too much trouble.

Do you Deserve the Upgrade?

The funny thing is that whenever see something for sale “as-is”, it’s an automatic red flag that something is wrong with it or needs fixing. So why are we satisfied to accept life as-is? Is it a self-worth issue where we think we don’t deserve the upgrade? Think on that for a minute.

Online anonymity is a glorious thing, especially for those of us who lean toward introversion and need solitude to recharge. We want to be heard but we don’t want to be seen. Not really. We have been rolling our eyes at the picky eaters for so long, we can’t bear the thought of becoming one of them.

[tweetherder]This right here, is toxic thinking. Yes, you deserve the upgrade.[/tweetherder] Not because you are special or different or more loved than anyone else. But because you are here in this world and you are meant to experience it in your own personal and free way. If that means toasting the bread then dangit, toast that bread and enjoy your lunch guilt-free!

Read: How to make work-life balance work for you

Once you start treating yourself to the little things that make a big difference in day-to-day life, you can look around and pay it forward by changing someone else’s as-is day.

I see that old image from the 80s of a line of gray people walking into a gray factory in lock-step. Sometimes, no matter what our days look like, that is how we all feel. Doing the same old thing over and over again. Nothing changes. Nothing is colorful. That is, until something or someone disrupts the cycle.

This happened to me the other day, when I tagged celebrity Jimmy Fallon in a tweet on Valentine’s Day and he retweeted it. It was such a blip on the radar of importance, but it was the perfect disruption to my day and brought me and my friends so much joy and tons of laughs. He literally clicked a button and the ripple effect is still going (for me at least).

This morning, I decided to skip lunch-making and let the boys buy lunch to save a few minutes before school. So we all got dressed and went outside. We played tag, the boys climbed a tree and we created and raced in our own mini obstacle course.

I wanted to disrupt their routine and give them some exercise before school to help them concentrate better in class. But when they said, wow mommy! You’re playing with us. You don’t usually do that! I realized this disruption was about far more than exercise. We are together all the time, but they were right. We don’t play that often (unless it’s vacation) and I really didn’t think they cared. In fact, I don’t think they knew they cared until we were all out there running and laughing together.

We changed our as-is day and it was better for all of us.

The bottom line is, it’s ok to be a disruption once in a while. On the days when you feel gray and in lock-step with no release, look around and see how you can disrupt that monotony and you may be surprised at the ripples you create.

I’m moving beyond as-is living when I can, wherever I can. This is my one life and I want it to be colorful!

Great advice. I can so identify with not wanting to bother people.

Thanks for reading. It's tricky isn't it? But no one is going to be a mind reader. It's ok to like what you like!