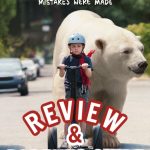 In my Timmy Failure parents guide to the movies, I’m sharing my review of this Disney+ original as well as my recommended viewing age.

Another Disney+ movie has hit the streaming service and this time, it’s based on a best-selling book series from the same name.

Timmy Failure: Mistakes Were Made (the movie) is based on the first book in the series and whether or not you are a fan of the books, you can jump right into the movie.

My 11-year old son has read all of the books and after watching the movie today, had some opinions as well.

And of course you know Patty and I had to chat about it on our Now Streaming Disney Plus podcast. Play the episode at the bottom of this post or listen in your favorite app. 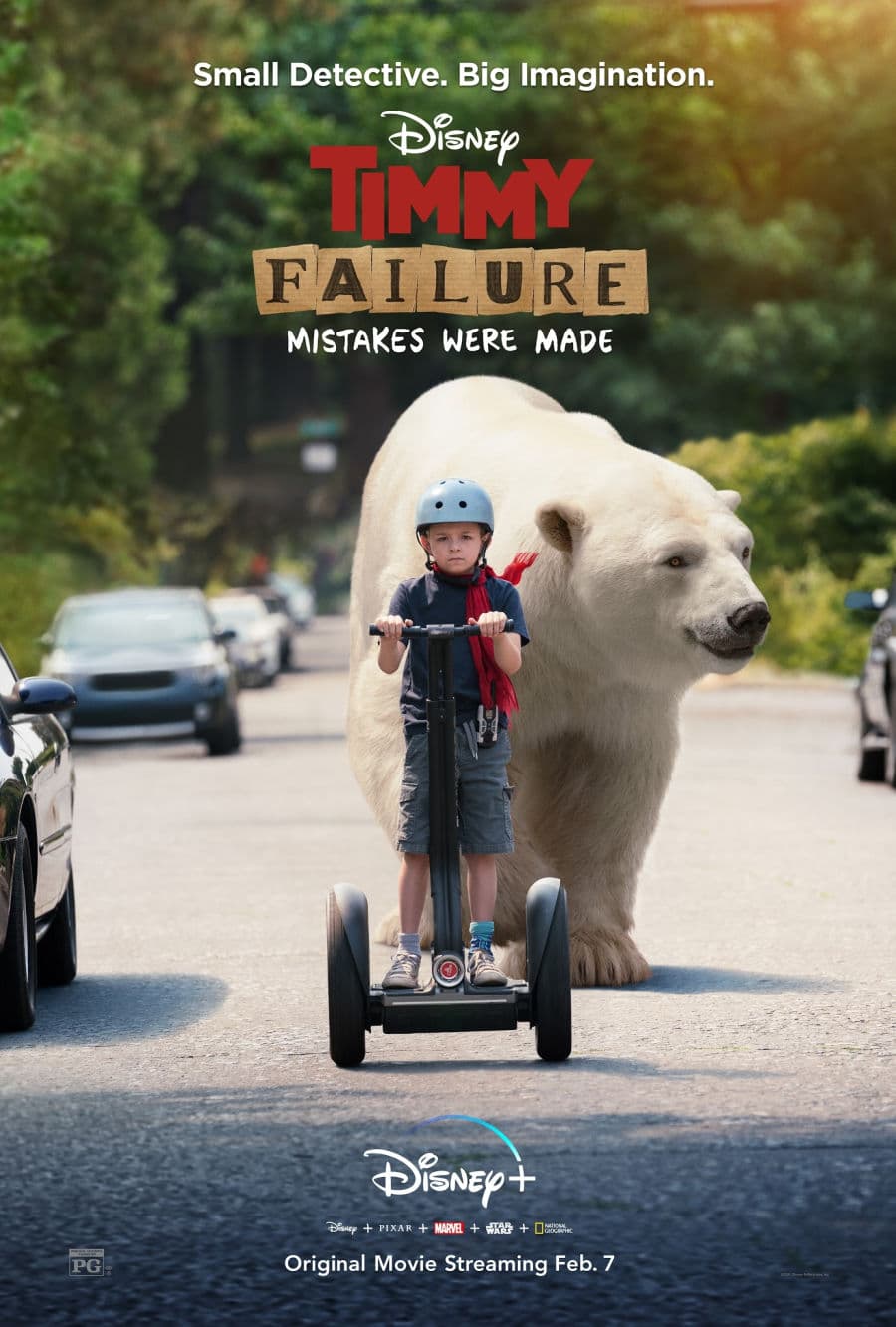 About Timmy Failure: Mistakes Were Made

Official: Directed by award-winning filmmaker Tom McCarthy, Disney+’s “Timmy Failure: Mistakes Were Made,” based on the best-selling book of the same name, follows the hilarious exploits of our quirky, deadpan hero, Timmy Failure, who, along with his 1,500-pound polar bear partner Total, operates Total Failure Inc., a Portland detective agency. An elementary school oddball, the clueless but confident Timmy (Winslow Fegley) must navigate the world of adults around him, including his overburdened mother (Ophelia Lovibond), her wellmeaning boyfriend (Kyle Bornheimer), his teacher/nemesis (Wallace Shawn) and a school-mandated guidance counselor (Craig Robinson), all in his quest to become the best detective in the world.

Directed by Tom McCarthy, who won an Oscar® for his “Spotlight” screenplay, “Timmy Failure: Mistakes Were Made” is written by McCarthy & Stephan Pastis based on the book by Pastis. The producers are Jim Whitaker, p.g.a., and Tom McCarthy, p.g.a., with Michael Bederman and Kate Churchill serving as executive producers. The film stars Winslow Fegley, Ophelia Lovibond, Kyle Bornheimer, Wallace Shawn and Craig Robinson.

Timmy Failure: Mistakes Were Made is streaming now and I have a few thoughts. In terms of film quality, like the other Disney+ originals we’ve seen so far, the production is very good and even cinematic.

I loved the Portland backdrop and the CGI polar bear (named Total Failure)  was as endearing as he was believable.

The casting was great and well acted. Wallace Shawn as always is a delight, while Kyle Bornheimer as Crispin and Craig Robinson as Mr. Jenkins gave the most laughs and inspiration throughout the story.

And then there is the story and sadly for me, that’s where the wheels fall off a little. I’ll be the first to admit that I haven’t read these books so if you have and love them, you may not be concerned with the issues I had with the film. 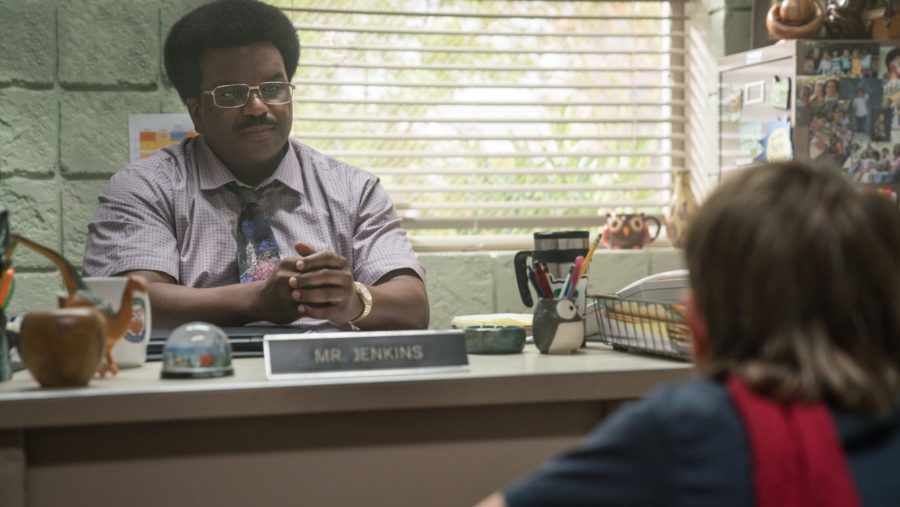 Timmy lives very much in his own world and throughout the movie makes (as you may have guessed) lots of mistakes. Typical of other characters in this genre, parents should know he is off alone for much of the movie and blatantly disobeys his mom again and again.

We see flashes of Timmy’s imagination that at times, makes it somewhat unclear if what is happening really happened or merely existed in his imagination. Younger kids may have a hard time following along in this regard or it may go over their heads completely.

Timmy Failure is a quirky film that is trying to be cute while dealing with loss (a parent leaves by choice) and fear of starting middle school, but I found it a bit slow and had a hard time imagining my kids enjoying it.

Where other middle grade movies are silly and fast-paced, Timmy Failure is methodical and drawn out. Total the polar bear offers some kid-friendly comical moments but I tend to think adults may enjoy it more than kids. I’m not sure kids younger than 8 will stay interested.

Common Sense media recommends the books for kids age 9-12 and I would say that seems appropriate for the movies as well.

My 11-year old watched it today and having read all the books, said that the move was almost nothing like the first book. He said the movie was ok and that Timmy was not as self-centered in the book and he liked Timmy the book character more. I asked him to think of his favorite part of the movie and he said, Rollo (played by Kei) because “he tried to talk Timmy out of doing stupid stuff.”

So there you have it.

Have you seen Timmy Failure yet? I’d love to know what you thought, especially if you read the books!

Patty and I decided to tackle this movie on our podcast, and if you’re kids are watching this one on repeat, all we can say is, we’re sorry. 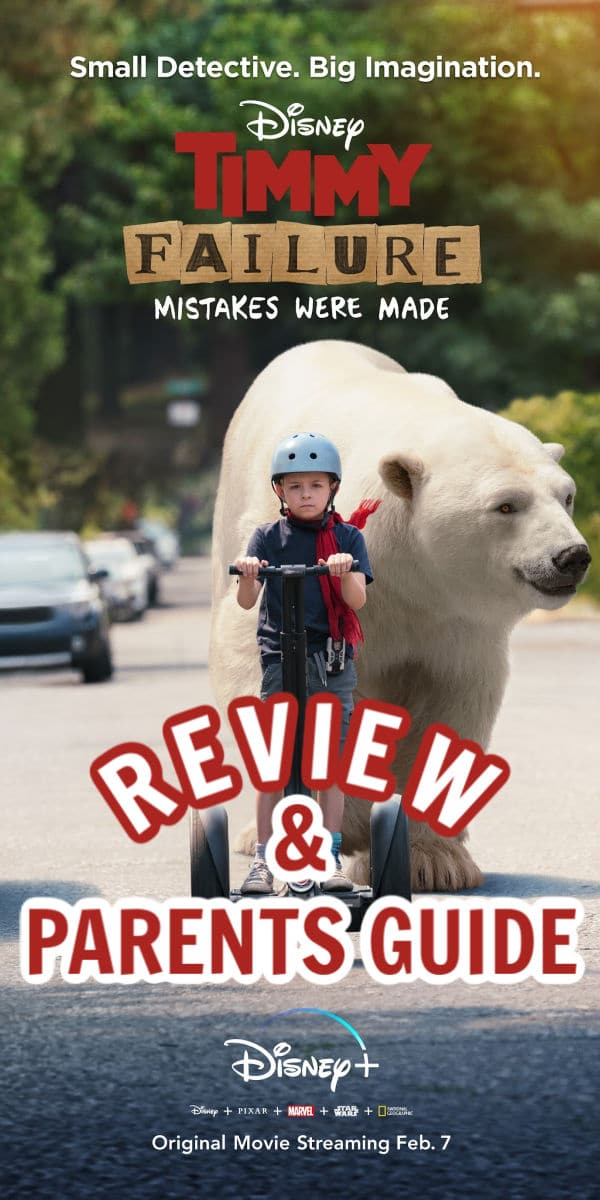