Frozen 2 is finally here and we have our full review and parents’ guide to this highly anticipated sequel. Should you buy tickets or wait and stream it on Disney+?

It’s time for another parents’ guide to the movies and this time we’re diving back into the chilly waters of Arendelle (and beyond) in Frozen 2.

If you’re familiar with Disney sequels by now, you may be comfortable with the fact that they are often a little deeper and a little more intense than the initial film.

This is definitely true with Frozen 2 so I am hoping to share some common sense tips for parents with younger children.

I brought my son Oscar (10) with me to this screening so see what we thought in my parent’s guide to Frozen 2.

Thanks to Disney for providing tickets to this screening. All opinions are my own. 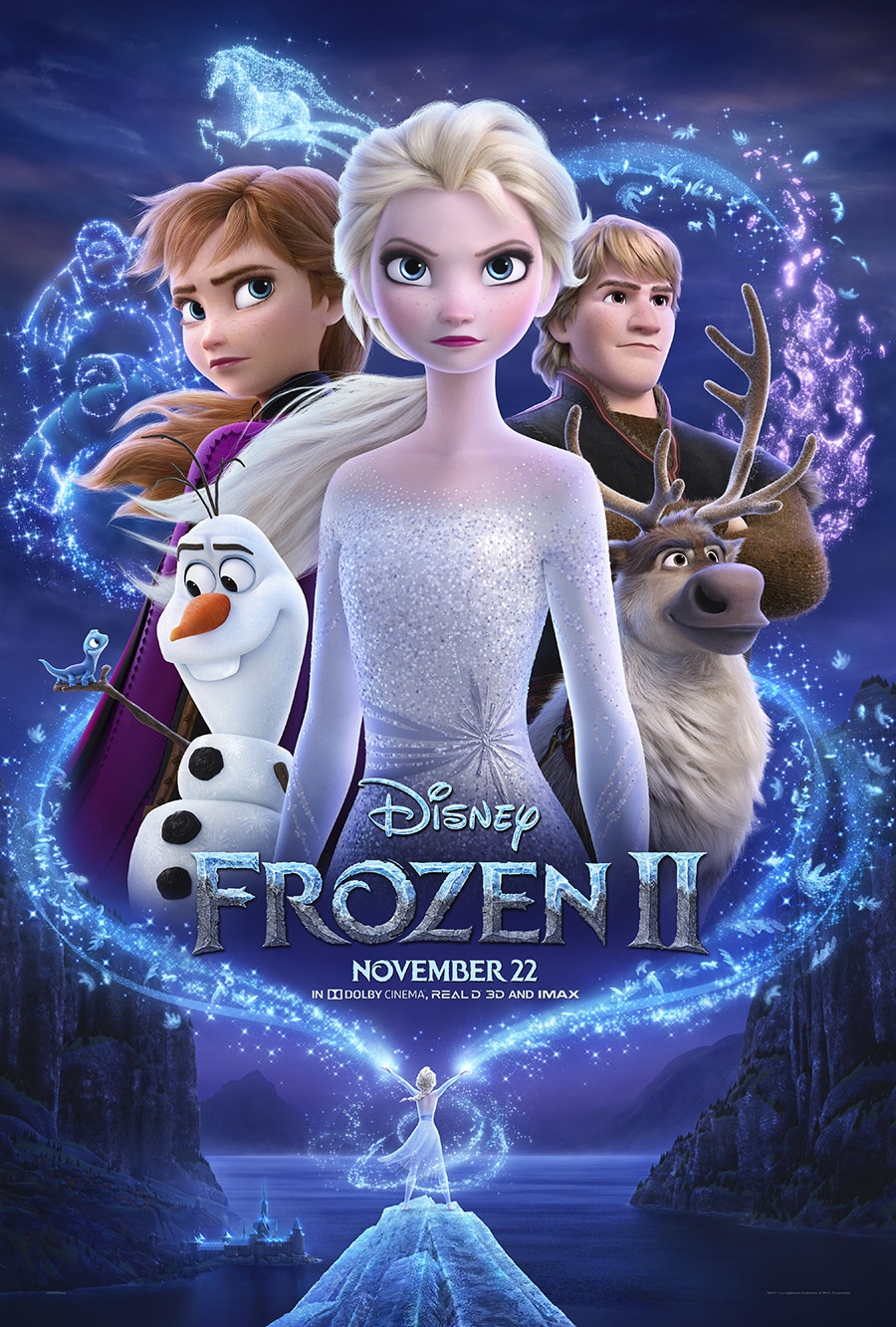 Frozen 2 takes us on a journey to the past to help Elsa find her place in the future. This story is more complex than the first film and may seem a little confusing to younger viewers.

That being said, I was not expecting to be so drawn into the story myself and found it to be really entertaining and ultimately satisfying.

It was more mature but still funny and silly in all the right places.

Official Synopsis: Why was Elsa born with magical powers? What truths about the past await Elsa as she ventures into the unknown to the enchanted forests and dark seas beyond Arendelle? The answers are calling her but also threatening her kingdom. Together with Anna, Kristoff, Olaf and Sven, she’ll face a dangerous but remarkable journey. In “Frozen,” Elsa feared her powers were too much for the world. In “Frozen 2,” she must hope they are enough.

Idina Menzel and Kristen Bell are back as Elsa and Anna and they both had their moments. Elsa fans will love her new songs and Anna fans will cheer her on.

But y’all, Frozen 2 belonged to Josh Gad (Olaf) and Jonathan Groff as Kristoff. They both had me laughing so hard I didn’t want their scenes to end.

I’m ready for Frozen 3 to be all about Kristoff. I even have a prediction about him, but I can’t share it without spoilers. Hit me up after you’ve seen it and we can hash it out.

I also have to give honorary mention to Frozen newcomer, Sterling K. Brown as Lieutenant Mattias, who Oscar declared the best new character. And I agree!

Unlike other sequels that can go heavy on the newbies, Frozen 2 was the perfect mix of original and new characters. The story still very much centered around Anna and Elsa and the additions supported the story rather than taking away from it.

And this is my compulsory mention to stay until the very end of the credits for a fun bonus scene. You will want to anyway because the music is amazing. 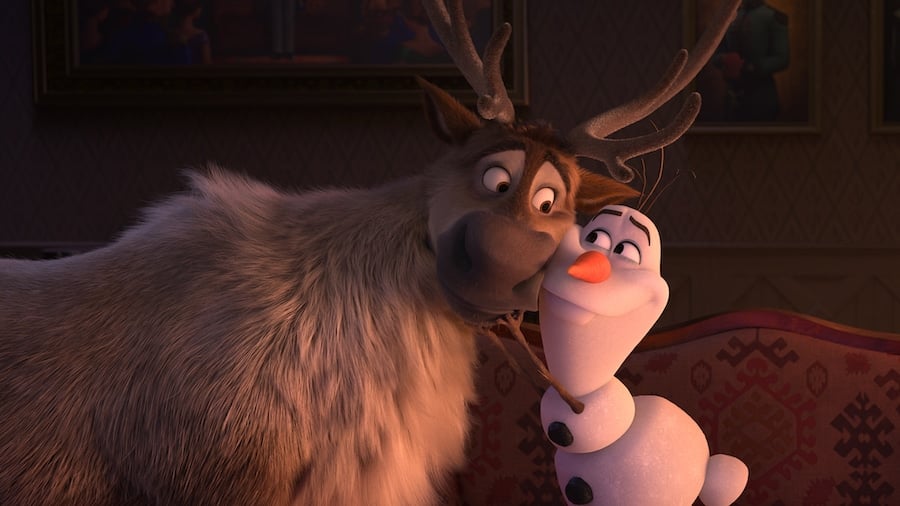 Want to know a little more before you go? Watch the official trailer for Frozen 2 below.

Did Frozen Need a Sequel?

This was the question I kept asking on the run up to this movie. As sequels are passed out like candy, I am torn between wanting more and rolling my eyes. I mean, can’t we just…you know….let it go?

After seeing the movie with my son with both of us laughing our heads off together, I realized that sequel or not, Frozen 2 was a very entertaining movie.

If you care about Elsa’s story and want to find out how and why she got her powers, you will be hooked. If you want to laugh and be reminded that Olaf is one of the funniest characters in the Disney vault, you will have your wish.

And if you want to see Kristoff as more than a sidekick who just bumbles around, buckle up.

READ: The Ride of a Lifetime Review

Frozen 2 Parents Guide: is it too Scary for Kids?

Your Frozen-loving kiddos will love this movie. In our packed theater, the laughter came from all sides and all ages. The music was loud and captivating (with some songs being better than others) and the story was interesting.

Elsa continues to be my least favorite character (I know right?) but I still wanted to know what would happen to her. Anna and Elsa both learn how to be better together and apart and everyone grows up a little.

Something I loved about Frozen 2 is its departure from the traditional good vs. evil story. The first was also a bit this way, but while there is plenty of conflict here, there is no true villain in the traditional Disney movie sense.

I didn’t see Frozen 2 as particularly scary, though there are a few intense moments of peril. What I would caution for younger children is that the story itself may be a little hard to understand and maybe slow in the beginning as it builds.

Ultimately, I don’t think younger kids really even need to understand every detail to enjoy the movie. There is something for everyone. And I do mean everyone.

Parents, I can’t WAIT for you to see my favorite scene of all time. You’ll know it when you see it and that’s all I am going to say.

Why is Frozen 2 rated PG?

Frozen 2 has a PG rating and a runtime of 103 minutes. The rating is due to “action/peril and some thematic elements” and that’s accurate.

There is talk of growing up and a few elements of loss and parental death (which we know about from Frozen). You may see a kiss or two.

I was honestly so pleasantly surprised with this sequel and I can’t wait to see it again!

Frozen fans can print this free activity pack full of fun things to do while you wait to see the movie.

Click each image below to open the PDF and print. 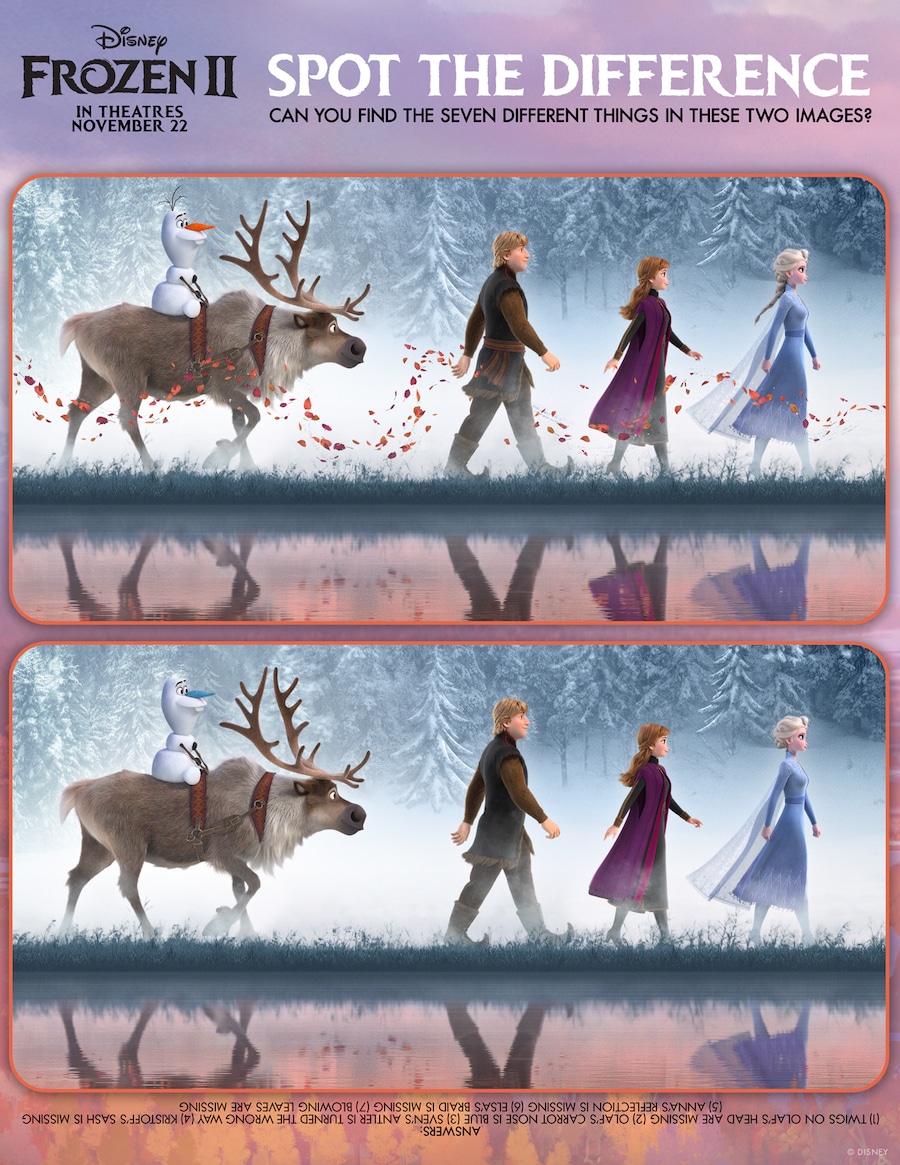 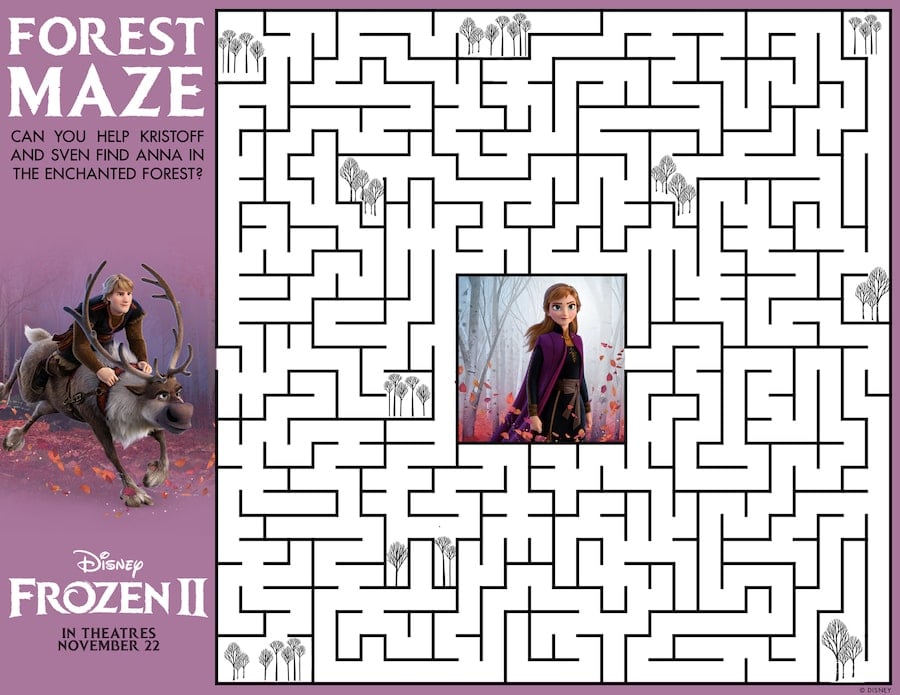 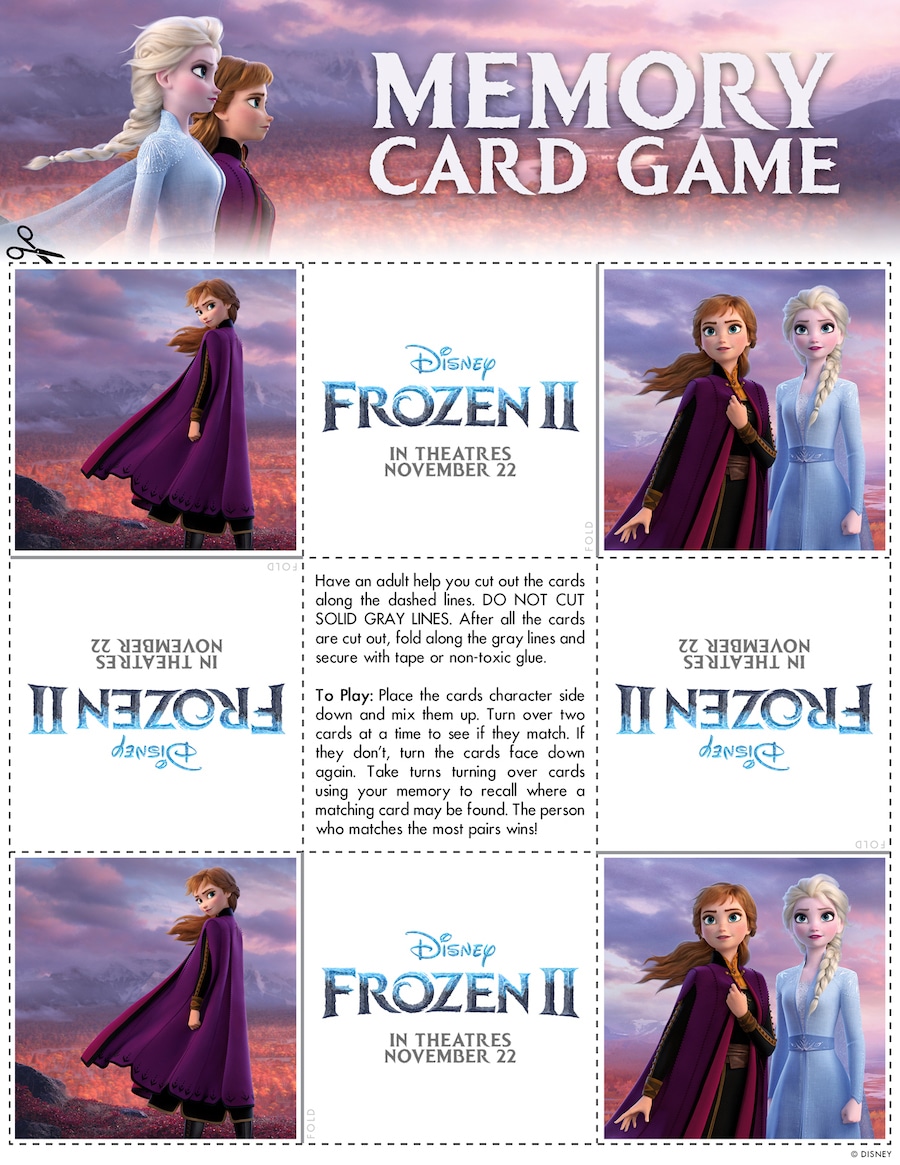 Thanks for sharing! Can't wait to see it! Next week only though...

I can't wait to hear what you think. Have fun!